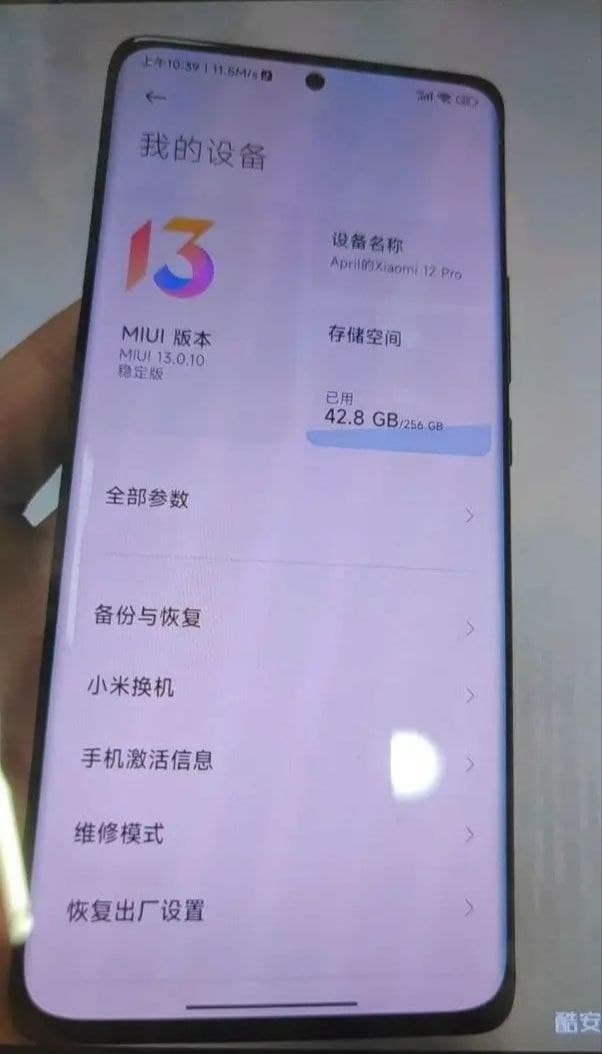 The official event, within which Xiaomi will present its new flagship smartphones, starts in about a day, and live photos of the Xiaomi 12 Pro have already appeared on the Web. Unlike previous photos, which captured the Xiaomi 12, the older model is presented in black and on.

As you can see, the smartphone runs MIUI 13. Today Xiaomi has officially confirmed that the Xiaomi 12 will come with a pre-installed interface of the new version. There is also evidence that the Xiaomi 12 Pro will have two options – with a glass back panel and a leather one. In the first case, the thickness and weight of the smartphone will be 8.16 mm and 205 grams, in the second – 8.66 mm and 204 grams.