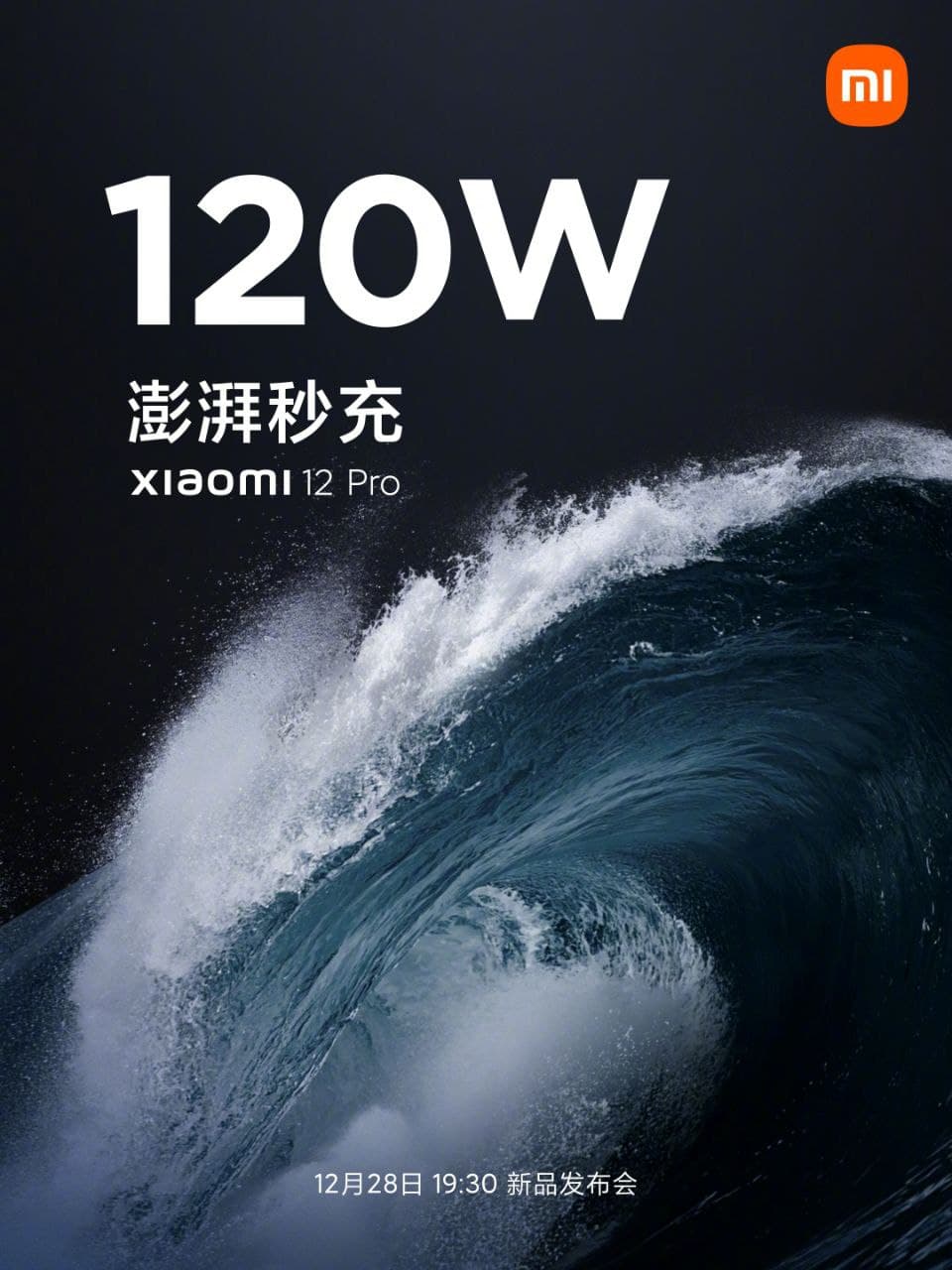 Xiaomi today officially announced that the flagship Xiaomi 12 Pro features 120W HyperCharge ultra-fast charging technology. Prior to this, Hyper Charge appeared in Redmi Note 11 Pro +, and soon in India will present Xiaomi 11i – also with HyperCharge support. Recall that the technology allows you to charge a 4500 mAh battery as a whole in 15 minutes – by transferring up to 120 W of power.

The second feature of the Xiaomi 12 Pro, also related to charging, is the use of its own power controller – Surge P1. Even at the time of the announcement of Redmi Note 11 Pro +, the head of the brand Lu Weibing complained about the lack of ultra-fast charging controllers on the market, for which the engineers in this Redmi model had to use two controllers, each of which is designed to transmit power of 67 watts. In Xiaomi 12, everything is different.

The main feature of the Surge P1 is that there is no need to use two rechargeable batteries. At the moment, ultra-fast charging technology predominantly involves the use of two batteries with a capacity of about 2000-2500 mAh. If each were charged at 33W, the total would be 66W. But the breakthrough from the Surge P1 developers is that the chip provides 120W charging of a single battery. This allows for more flexibility in the layout of the smartphone and make it thinner. Another feature of Surge P1 is support for two charging modes: slow and cold (while the smartphone heats up to only + 37 ° C) and fast and warm (the so-called coffee pause mode).