Xiaomi 12 can only envy this. IQOO 9 Pro will receive a 50-megapixel Samsung GN5 sensor, axial stabilizer, a lens with a viewing angle of 150 ° and a high-quality module with a telephoto lens 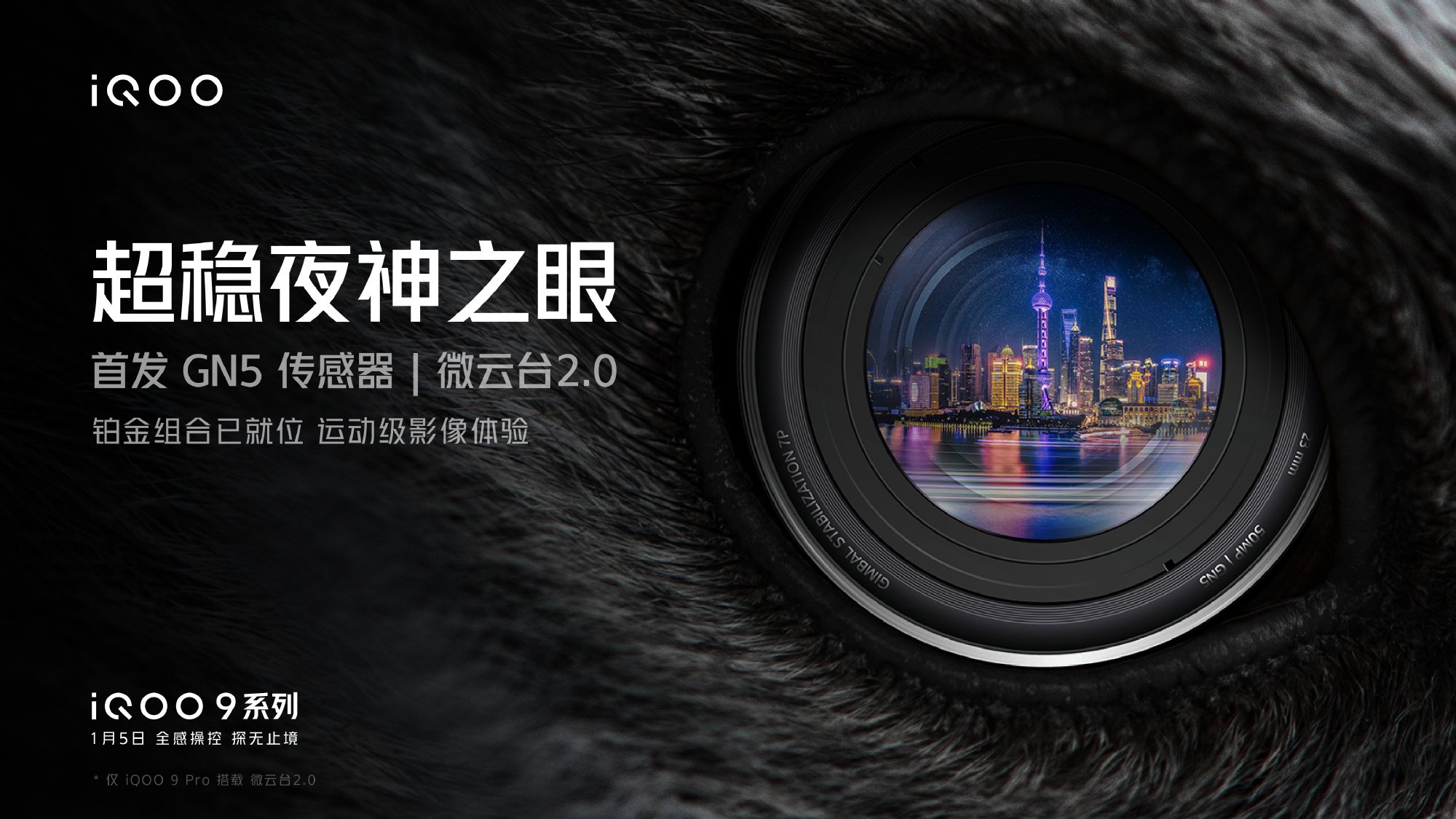 The iQOO brand will unveil the new flagship smartphones iQOO 9 and iQOO 9 Pro in China on January 6. New items will be built on Snapdragon 8 Gen 1, that is, they will be full-fledged flagships. Moreover, in terms of the camera, at least the top model iQOO 9 Pro will be able to outperform the already released flagships – Moto Edge X30 and Xiaomi 12.

Even before the announcement of Xiaomi 12, many informants attributed to this smartphone latest Samsung ISOCELL GN5 image sensor, but in reality, as we already know, it is equipped with a Sony IMX766 sensor, which is also actively used in Huawei and OnePlus smartphones. But what Xiaomi did not succeed, iQOO will succeed: the official teaser says that GN5 is registered in the iQOO 9 Pro. And these are not all the features of the camera of this model.

The main module of this smartphone will use an axial stabilizer, which is a more efficient solution than the conventional OIS system. The second module of the main camera is also with a 50-megapixel Samsung sensor, but already ISOCELL JN. The same applies to the Xiaomi 12 Pro add-on module, but the difference is that the viewing angle of the Xiaomi 12 Pro ultra wide-angle lens is 115 °, while the iQOO 9 Pro has 150 °. And finally, the third iQOO 9 Pro module – with a 16-megapixel sensor and 2.5x optical zoom. The Xiaomi 12 does not have this in principle (the third 5-megapixel sensor is used for macro shooting), while the Xiaomi 12 Pro has the zoom function assigned to the portrait lens. In a word, the iQOO 9 Pro camera looks promising even against the background of much more famous competitors.

Interestingly, in terms of other parameters, iQOO 9 Pro looks better than Xiaomi 12 and at least no worse than Xiaomi 12 Pro: the smartphone is assigned a 6.78-inch AMOLED screen with a frame rate of 120 Hz and QHD + resolution, a 4700 mAh battery with wired support 120W charging and 50W wireless charging.