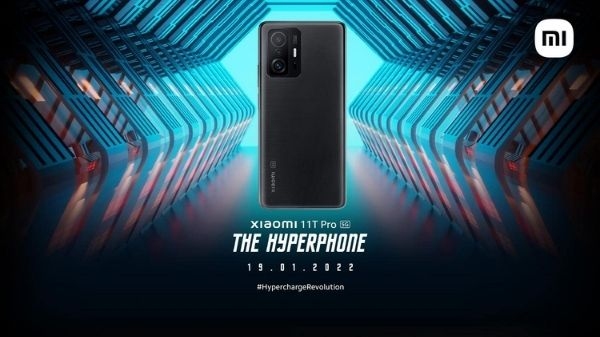 Xiaomi is going to launch a smartphone in India this month with another cool features, the date of which has been revealed. Let us know that the company of Xiaomi 11i series is the 120W fast-charging smartphone Xiaomi 11T Pro which is going to be launched in India on January 19.

The smartphone was launched in Europe last year with features like 120Hz AMOLED display and 120W fast charging. A webpage of this smartphone has been made live on Amazon India with some key specifications.

What is the price of Xiaomi 11T Pro

China’s leading smartphone company Xiaomi launched 11T Pro with Qualcomm Snapdragon 888 SoC in Europe. Hence, we can expect the same processor to be available on the India version as well. The new Xiaomi smartphone will feature a stereo speaker setup, which will be tuned by Harman Kardon.

According to the live microsite on Amazon, the upcoming Xiaomi 11T Pro will come with octa-core Qualcomm Snapdragon 888 5G processor and 10bit AMOLED display with 120Hz refresh rate. The upcoming phone will get 120W Xiaomi HyperCharge charging support, which can fully charge the smartphone in 17 minutes.