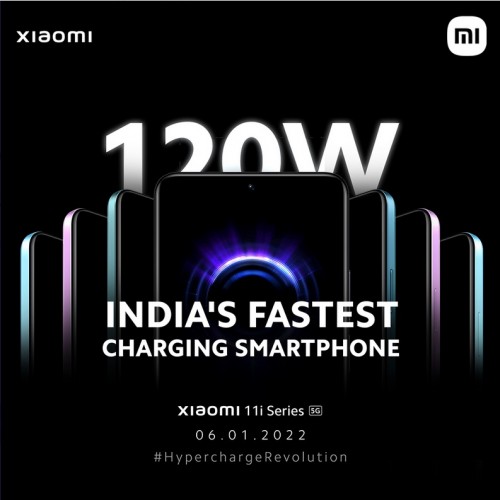 Today Xiaomi has not only talked about the screen of the new flagship Xiaomi 12, but also announced a new model – Xiaomi 11i with support for 120W charging. The novelty will be officially presented in India on January 6th. However, judging by the teaser, there will be several new products.

Xiaomi calls the ultra-fast charging technology HyperCharge. According to official figures, it allows you to fully charge your smartphone’s battery in just 15 minutes. The company already has a model that charges just as quickly. This is the Redmi Note 11 Pro +, which was released in China in November. Apparently, the HyperCharge-enabled Xiaomi 11i will turn out to be a renamed Redmi Note 11 Pro + for the local market. We can say that with the debut of the Xiaomi 11i, the HyperCharge technology will go beyond China.