Writers don’t have to worry: Google’s new “live” AI won’t be able to replace them just yet 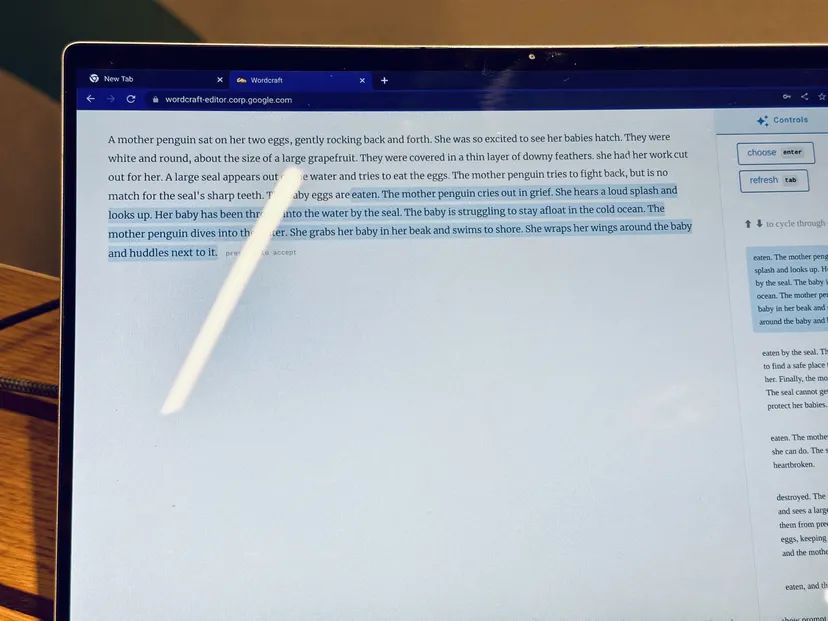 Google announced the launch of an AI tool for writers that can generate texts. The project is called Wordcraft. Google said they wanted to “explore the future of writing” in this way, and 13 professional writers took part in the testing. They used the system for 8 weeks, after which they issued a verdict.

The new system can rewrite phrases, change the tone of a sentence or text to make it more funny. Wordcraft also makes it possible to describe objects on request or generate hints for the author. It turns out such a virtual assistant.

Also, a chat bot is integrated into the system, which will allow you to discuss the written and generated material with AI in order to quickly correct it. All this will allow authors to create better texts.

At the same time, during testing, a problem was discovered – Wordcraft could not constantly maintain a certain text style, tone, and so on. This manifested itself when the authors tried to create stories where there were different points of view. The system hasn’t done a very good job of mixing things up yet.

Also, the writers said that many texts are similar to fan fiction, because they were not very interesting from a literary point of view. However, most likely the system was trained just on texts from the Internet, where fan fiction is not the last. And journalist Victoria Song from The Verge noted that the system is great for generating ideas, but does not cope very well with full-fledged texts.

Given that while Wordcraft is an experimental system, the results look good. But it still needs to be improved. It is noteworthy that this system was created on the basis of the Language Model for Conversational Applications (LaMDA), which one of the developers considered alive and even hired her a lawyer.