Worldwide huge shortage over semiconductors, where is India in this?

There is a huge shortage of semiconductors all over the world. Due to which the production of smartphones, computers, laptops and vehicles has all been affected. Last month, Tata Motors had said that Jaguar Land Rover’s production would be reduced due to their shortage.

The global economy is currently staggered due to a small chip. There has been a big gap in the demand and supply of these chips, called semiconductors, due to which there has been a huge shortage of them. Due to this, the production of smartphones, computers, laptops and vehicles has all been affected. Last month, Tata Motors had said that Jaguar Land Rover’s production would be reduced due to semiconductor shortage. According to media reports, the production of vehicles of Tata’s rival companies Mercedes-Benz, Audi and BMW has also decreased due to this.

Experts believe that this problem is very serious and the supply of semiconductor will now be normal only after one to one and a half years. Bosch, the company that supplies chips to automobile companies, has also warned that there may be a shortage of semiconductors throughout this financial year. At the same time, the computer chip maker Samsung has also warned of its shortage.

Due to increase in demand and decrease in production

Last year, due to Corona, there was a tremendous decline in the sales of most such products, in which semiconductors are used. In view of this, companies placed orders for semiconductors for the same products, which were being sold even during the first wave of Corona. But after the first wave, the demand for many other products suddenly increased. According to this demand, the supply of semiconductors could not be done and there was a huge shortage of them. The fire in the Japanese semiconductor company ‘Renaissance’ worked to increase this shortage further. 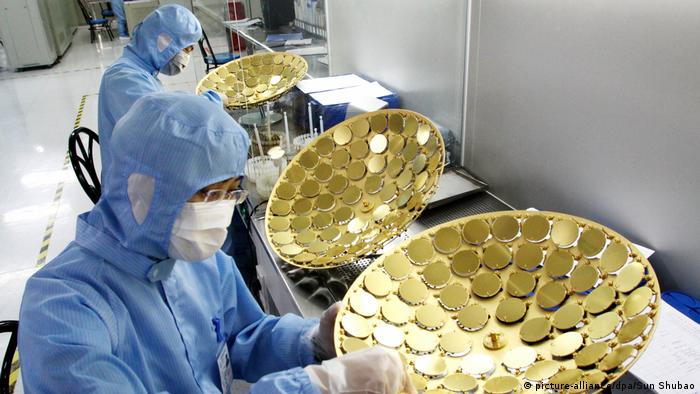 But till now, in response to the question ‘why was its most impact on cars’, Madhukar Krishna, who works in an American semiconductor manufacturer, says, “It is not so. Cars mostly affect the public, so They are discussed more. But at this time there is also a huge shortage of machines like GPU i.e. Graphics Processing Unit. It is similar to CPU of computer but it is used by computer gamers. These GPUs are also used in cryptocurrency mining and This has also been the reason for its huge demand in the last year. This means that except for a few essential products, most of the sectors have shown a shortage of semiconductors.

Chip inside the skin

Madhukar Krishna says, “Big semiconductor companies are afraid to set up such large research and manufacturing projects in China because they fear their technology being stolen. This is because China has been copying many technology companies, on their lines. Bringing its products to the market. Semiconductor production debate is going on in India too. Madhukar Krishna says, “India has great opportunities for semiconductor manufacturing and the government is also in talks with many big companies to set up semiconductor production units (called fabs) here, but most of the semiconductor-related activities here are research and development. are limited to.”

Why is it so difficult to manufacture semiconductors?

This tiny chip is also called the ‘brain of electronic devices’. According to experts, at present, semiconductors are used in the infotainment system, power steering, safety features and brake operators of cars. But in the future, when technologies like electric vehicles and Internet of Things will be accessible to everyone, their demand will increase manifold. That is, the tension in the world about this will increase even more. In such a situation, if India is successful in producing them in the next few years, then it can be very beneficial for him and the world.