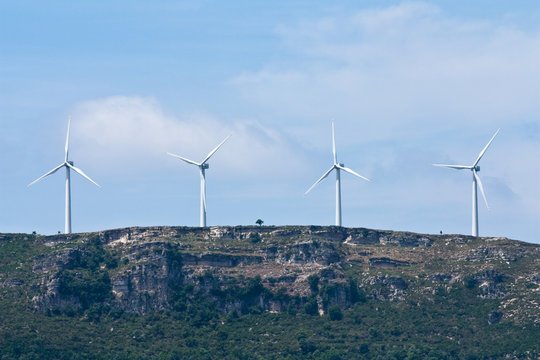 Uzbekistan and Saudi Arabia signed an agreement on the construction of the world’s largest wind farm in Karakalpakstan. This was reported by the Ministry of Energy of Uzbekistan.

During the meeting of the energy ministers of both countries with representatives of Saudi companies, three documents on cooperation worth $12 billion were signed.The first document is the Agreement on the construction by ACWA Power of a wind farm with a capacity of 1.5 GW in the Republic of Karakalpakstan. This project will be the largest wind farm not only in the region, but throughout the world.“, – the message says.

According to the ministry, it is planned that the wind farm capacity will be able to provide electricity to 1.65 million households and offset 2.4 million tons of carbon emissions per year.

A document was also signed on the intention of Saudi Arabia to invest $10 billion in the energy sector of Uzbekistan in the next five years to implement projects in promising areas. “Among them, the continuation of cooperation in the field of renewable energy – generation based on wind and solar energy, as well as projects of concentrated solar energy for the production of electricity, further cooperation on generation projects using natural gas as fuel, in particular, on combined cycle power plants based on on gas turbines“, the ministry said.

In addition, the parties signed an agreement focused on the development of research and development and subsequent production of green hydrogen in Uzbekistan. ACWA Power and Air Products participate in it.

According to the ministry, Uzbekistan and Saudi Arabia are actively cooperating in the energy sector. ACWA Power is a leading Saudi developer, investor and operator of power plants, desalination plants and green hydrogen plants around the world. Together with Uzbekistan, the company is implementing a number of energy projects, including the construction of two wind farms with a capacity of 500 MW each in two districts of the Bukhara region and a wind farm with a capacity of 100 MW in the Karauzyak district of Karakalpakstan. In addition, the company is building a thermal power plant with a capacity of 1,500 MW in the city of Shirin, Syrdarya region, and its commissioning is scheduled for the fourth quarter of 2023.