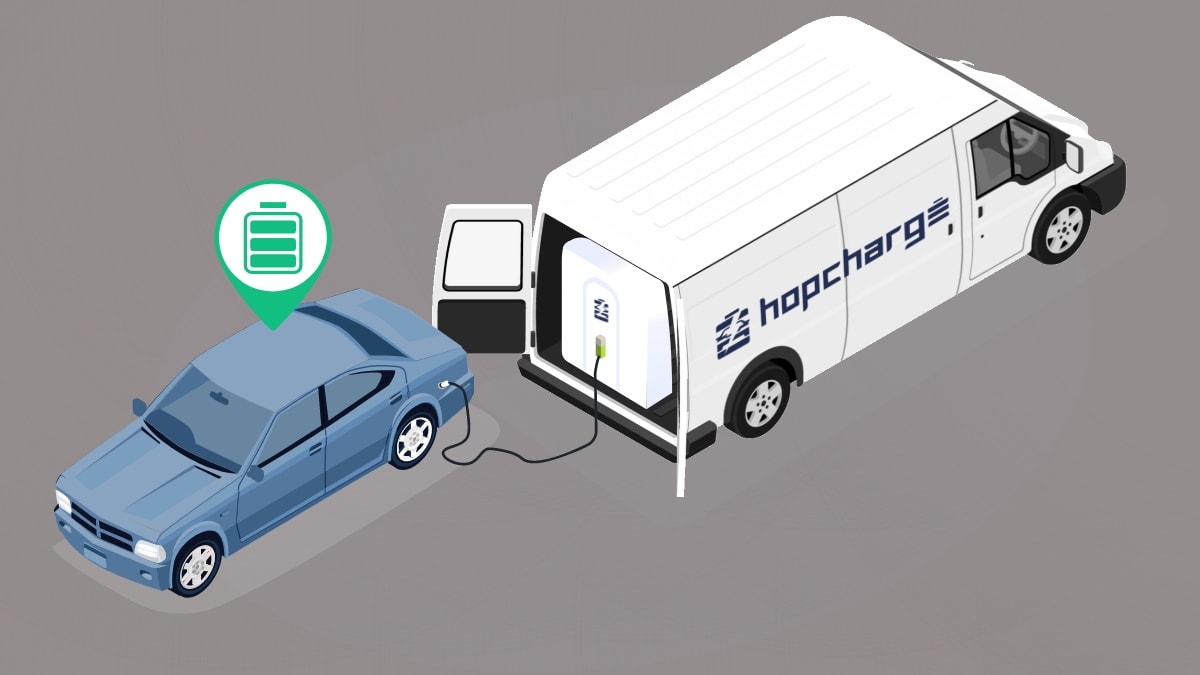 Gurgaon-based startup Hopcharge has launched the world’s first on-demand, doorstep, fast electric vehicle charging service. For some time now, the company was testing this service as a pilot project in Gurgaon. Now the company says that in the coming months this Doorstep EV Charging Servive will be released in all major metros. Under this service, electric vehicle owners can call the charging van according to their convenience through an app released by the company. This service can come in very handy for any EV owner when his electric car has completely run out of charge on the way.

Established in 2019, Hopcharge has joined TOI Told The startup is addressing challenges such as non-availability of charging facilities, slow charging at home and time taken to charge electric vehicles. The company says that HopCharge’s made-in-India, patented rapid charging technology enables modular and mobile charging infrastructure that, along with the local grid, eliminates the need for costly grid upgrades, and enables EV owners It also helps in saving time.

The report further states that the Hopcharge user will have to pay at least Rs 3 to 4 per kilometer, which translates to around Rs 20 per kWh of charging. However, the report also says that this service will cost the EV owner as compared to charging their car at home or at a charging station, but that also cannot be dissuaded from the fact that it is an on-demand service, which Mobile service will be provided to you according to you. HopeCharge also claims that their patented technology also takes care of the battery life, thereby prolonging its life.

Talking about the service, it has been told that interested users can avail doorstep EV charging service through an app. This app is available on both Android and iOS platforms. The app supports a unique technology-powered back-end energy management system for end-to-end processes and supports all EVs sold globally. The company works with various hoc and subscription models like HopechargeX or Hopcharge Xpresso, through which users can book for on-demand charging. These subscription models are designed keeping in mind the varied charging needs of the customers.

The report says that the company is also working on launching a charging system, which includes connected and portable power banks with high power charging capabilities specifically designed for electric vehicles.