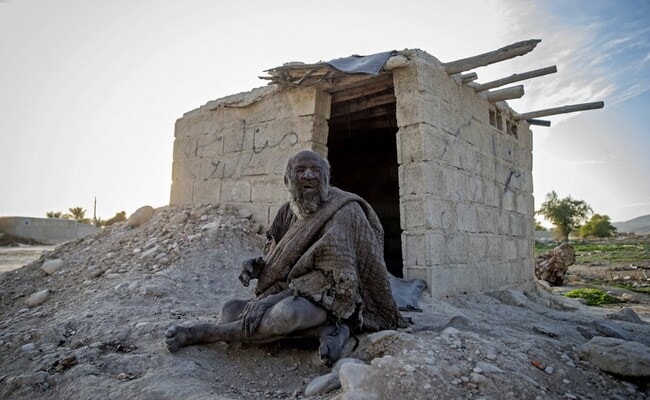 Amou Haji, who was called ‘the dirtiest man in the world’, died at the age of 94. Haji was called dirty because he had not bathed for many decades. Haji was a resident of Iran. He was afraid of getting sick, due to which he never took a bath. Even a media report claimed that Haji used to eat dead animals on the roadside and smoked from a pipe filled with animal feces.

NDTV’s accordingAmau Haji, who went without a bath for more than half a century, died on Sunday in Dejgah village in the southern province of Fars. Reports suggest that Haji avoided bathing for fear of “getting sick”. However, reportedly “for the first time a few months back, the villagers took him to the bathroom to clean.”

In 2013, a short film titled “The Strange Life of Amou Haji” was also made about his life, news agency IANS quoted Iranian media outlets as saying.

Haji lived in an open brick hut and was not mentally sound due to bad times in his youth. This was the reason why they thought that bathing would make them sick, due to which they had not taken a bath for almost 60 years.

It is believed that even after not bathing for so long, no disease was found in the body of Amau Haji. Many researchers had also met him.

Haji had broken the record of 69-year-old Guru Kailash Singh living in Varanasi, India sometime back. Let us tell you that Kailash Singh had refused to take a bath from 1974 immediately after marriage. Singh, who spent a whole day working on the banks of the river Ganges, claimed that a priest had given him a guarantee that he would have a son if he stopped bathing. However, the humorous point is that they have seven daughters.