Windows XP was launched on a processor with a frequency of 1 MHz. The system booted for three hours 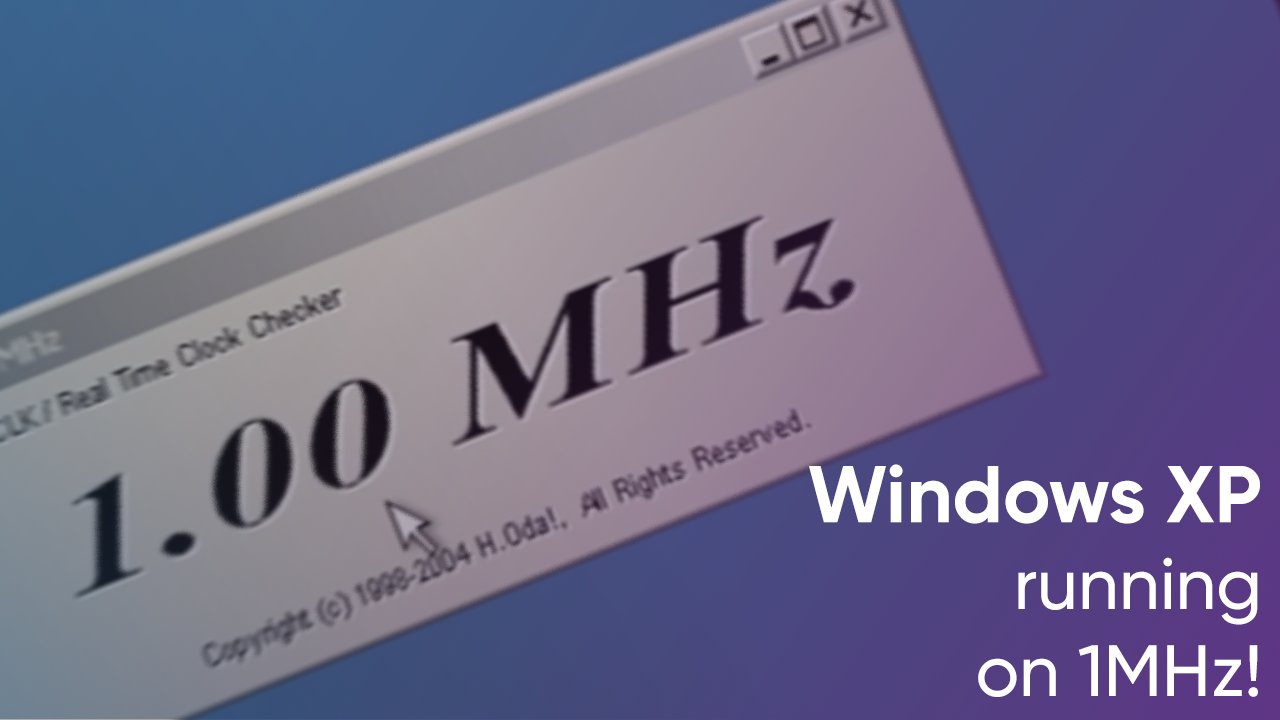 A 1 MHz processor today seems incredibly weak, even for IoT devices and wearable electronics. But on such a CPU, you can run an operating system, and far from being the oldest one.

The enthusiast decided to check whether it would be possible to run Windows XP on such a CPU. Recall that the list of minimum system requirements includes a processor with a frequency of 233 MHz.

As it turned out, a 233 times lower frequency is enough. True, you will have to wait. A very long time. It took more than three hours to boot Windows XP, but the system still started and even allowed me to perform the simplest manipulations. However, in less than half an hour of operation, the system showed a blue screen of death.

The author in the description of the video talks about recompiling 86Box / PCem and setting the desired CPU frequency, so, apparently, the physically used processor was much faster.