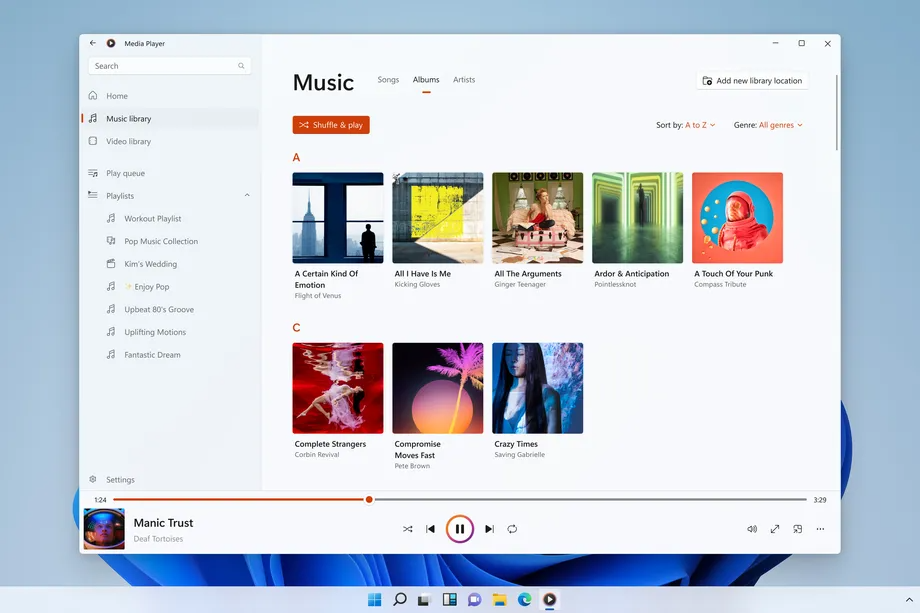 Microsoft has finally unveiled a fundamentally new Media Player application for Windows 11. The media player can already be tested by members of the Windows Insiders program in the Dev Channel.

The redesigned Media Player application supports both audio and video, and the design matches the interface and look of Windows 11.

At the heart of Media Player is a fully featured music library that lets you quickly browse, play, and create and manage playlists. ”

He also noted that the new media player will replace the Groove Music app. In addition, Windows 11 still has the obsolete Windows Media Player application. Microsoft clarified that this legacy application will continue to be available in Windows Tools. However, it looks like the new Media Player for Windows 11 will soon become the main way to watch videos and listen to music on the operating system.

In the new Media Player application, when playing music, you can see album art or artist images, both in full screen mode and in mini-player mode. The Media Player also supports video playback, which is currently rendered in Windows 10 and Windows 11 using the separate Movies & TV app.

The company has not yet announced a date when all Windows 11 users will receive the new Media Player application in a stable form.