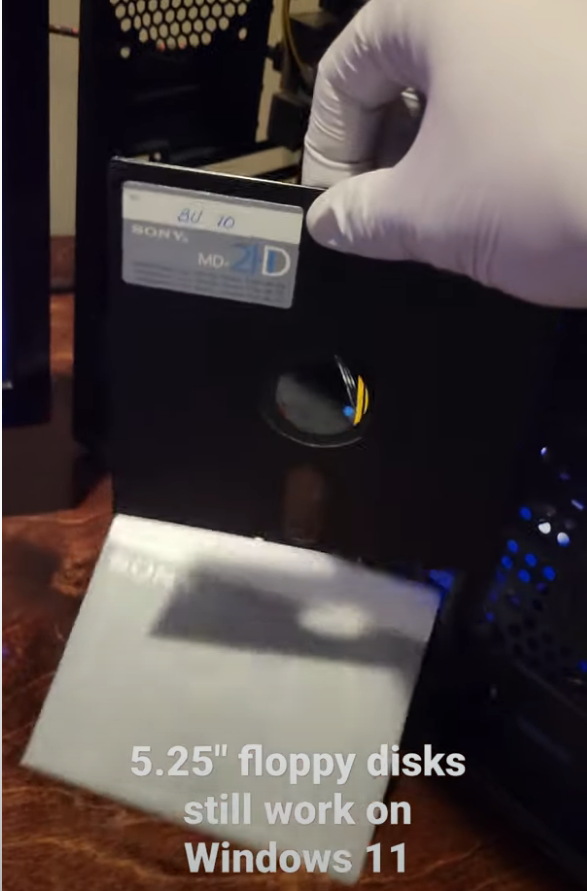 At the time of the announcement of Windows 11, Microsoft unpleasantly surprised many with its strict requirements for processors and support for TPM modules by the system. Over time, the company made concessions and ensured the compatibility of the new OS with not-so-old first-generation AMD Ryzen and Intel Core 7-generation CPUs, but at the same time, the system initially supported much more archaic hardware – floppy drives.

As it turned out, Windows 11 retains the driver responsible for the operation of floppy drives: the OS allows you to read and write 5.25-inch floppy disks just like Windows XP. This was done, most likely, so that users, even on a modern PC, could access data stored on very old drives. These are still used in some government institutions in different countries, and are also probably in the collection of some private users.