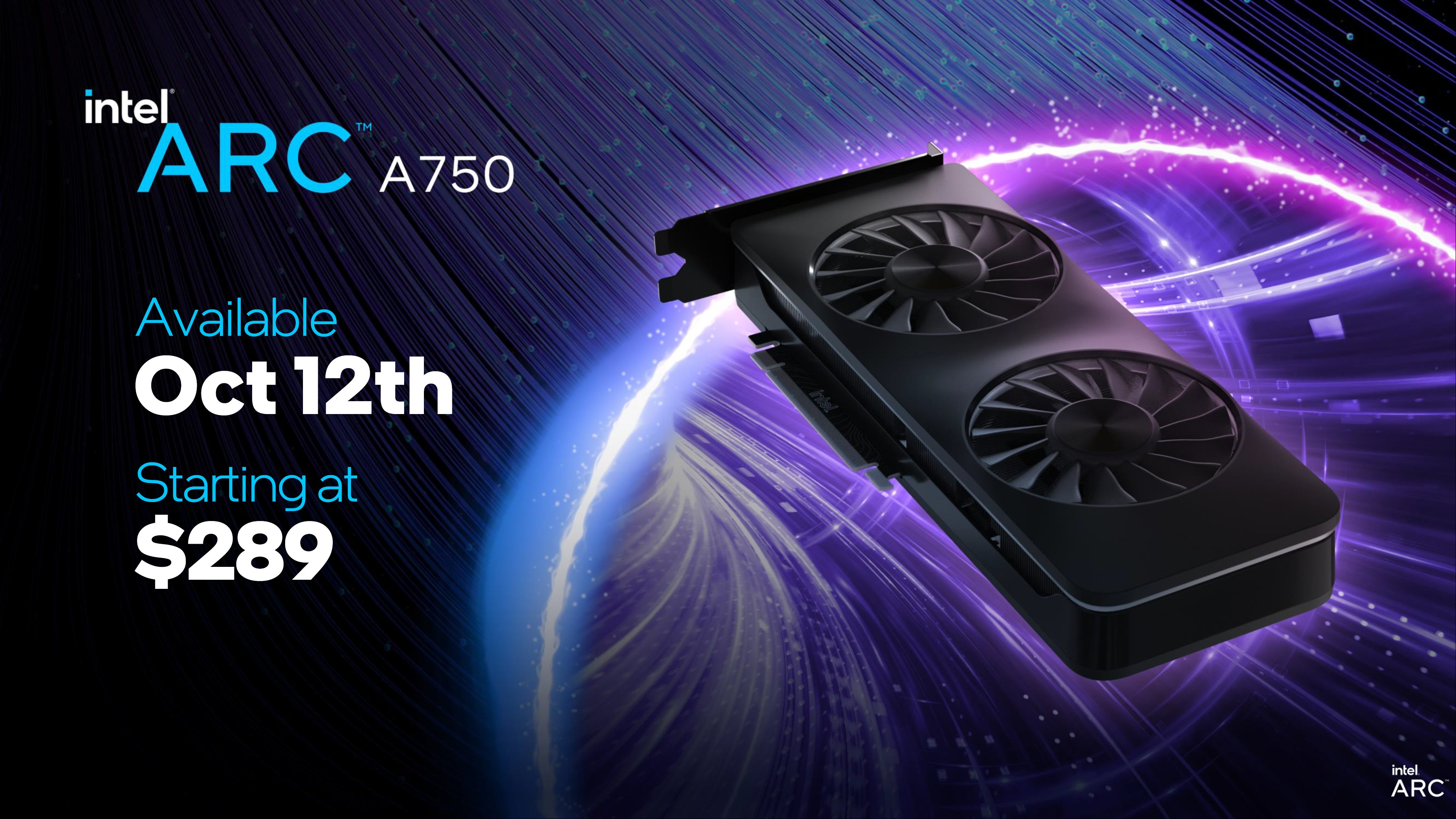 For some reason, Intel waited a couple of days and introduced another video card.

Intel itself says that the Arc A750 is 53% superior to the GeForce RTX 3060 in terms of price and performance, but at one time Intel said something similar about the Arc A380, but in the end it turned out that there are nuances. In addition, here the company mentions that they are charging an RTX 3060 with a price of $418, which is allegedly the average price of this card on the NewEgg network on September 22. However, there is an RTX 3060 on the same network for $370-$400, so the Intel comparison should be treated with caution.

As for direct price competitors for the A750, according to the same NewEgg network, these are the GeForce RTX 3050 and Radeon RX 6600.