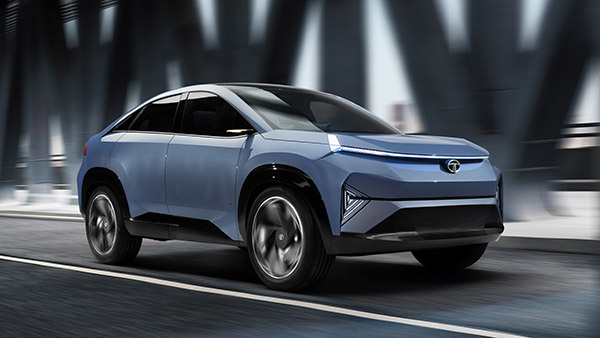 The new names branded by the company include – Styzor, Bovita, Auroar and Xiomara. As we already told you in a report, Tata Motors has a three-platform EV strategy to cover all segments in the EV space by 2030.

There is a possibility that these Styzor, Bovita, Auroar, and Xiomara from Tata Motors could be based on the recently showcased Gen 2 EV architecture from the Curvv concept, or even adopt the Gen 3 skateboard platform from the Tata Avinya concept .

However, it is worth noting that it is not yet confirmed whether these names will be used for EVs or for IC engine models. Let us tell you that at the end of last year, Tata Motors established its EV division, Tata Passenger Electric Mobility.

This division, with good funding, is leading the way for Tata’s electric future. The company said last year that it plans to introduce 10 electric vehicles by 2026. Let us tell you that recently the company has launched Tata Nexon EV Max in the Indian market.

This car comes with a bigger battery and range than its current model. The ARAI-certified range of this car is said to be 437km per charge. On the other hand, Tata Curvv and Avinya concepts are expected to be launched in the market in the next three years.

Customers can choose this car in a total of two variants XZ + and XZ + Lux. However, the company has given two charging options with both these variants, which include 3.3kW and 7.2kW AC fast charger. The company has launched Nexon EV Max in the market with a big battery pack.