Why black paint is not done on commercial airplane, know what is the reason 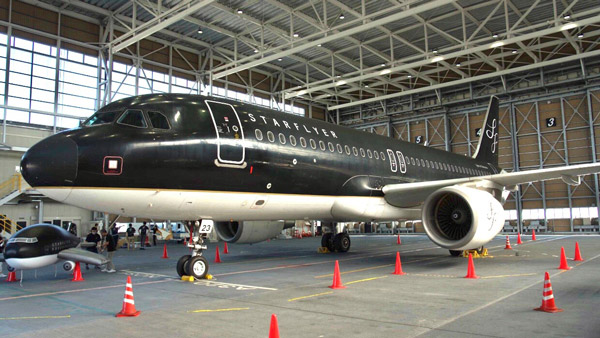 Although some airline companies of the world keep their commercial planes in black or dark color. But the question is why commercial airplanes are given black color. There are some reasons for this, about which we are going to tell you here today.

The method of painting the plane involves spraying over several layers to achieve the required depth and gradient. This means that the more layers, the more layers are needed to transition from dark to light so each layer will add weight.

All exterior airplane paint can be classified as either decorative, which includes an operator’s mark, or as protective, which is a light grey. Protective paint is used in some areas to prevent corrosion.

It is used on all composites to prevent corrosion and moisture penetration. These composite areas also include the wing fairing, control surface, radome, tail cone, engine nacelles and large parts of the empennage. For this reason polished airplanes also use a considerable amount of protective paint.

First a base color is applied, followed by stripes, letters and logos. Polished airplanes leave the original color, limiting the use of decorative paint to stripes, operator names and registry numbers, and logos.

For example a fully painted (upper and lower half of the fuselage plus tail paint plus markings) painted in a 777-200 weighs in at a total of 215.5KG or 475Lbs. Plus the extra layers of paint work to hide the signs of metal cracking.

Like most mechanical applications, aircraft operate better at cool temperatures rather than hot ones. Remember, planes fly in the sky closer to the sun and therefore absorb a lot of heat—the increased heating and cooling cycles cause more stress on aircraft parts and joints.

At an ambient temperature of 100F in the summer, the surface temperature of blacks exceeds 200F! Without proper protection, anyone who touches an aircraft could easily burn themselves. Dark planes are more difficult to detect in the morning/evening/night.