Why are small holes made in bike disc brakes? You will be surprised to know the reason 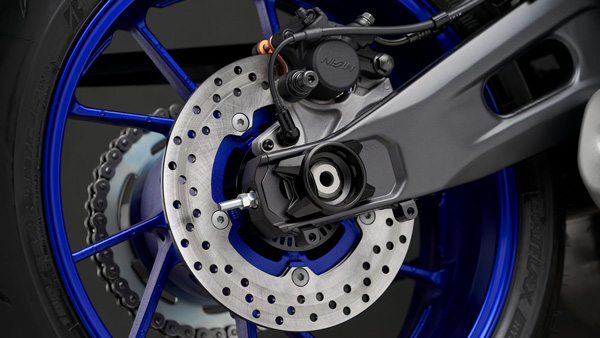 Let us tell you that whenever you apply the brake of the bike, there is friction on its disc brake due to which the disc gets hot. Overheating of the disc results in poor braking performance and can also wear out the brake calipers more quickly. Small holes are made on disc brakes to increase the surface area of ​​the disc to help keep it cool.

While riding a bike, air is rapidly passed through the small holes of the disc brake, which keeps the disc cool. If holes are not drilled on the disc, the disc brake will overheat from the friction of the disc pads. Heating can cause the disc to expand and crack.

One lilogram reduced in the weight of a bike can make a huge difference, so even 100 grams of weight in a bike can make a big difference. Many large engine bikes are provided with two or three disc brakes. From this you can get an idea of ​​how much weight the company saves in them.

Keeps the disc dry during rain

Apart from all these, the holes provided on the disc brakes play another big role. If you ride a bike in the rain, then you must have noticed that the brakes are late. This happens because the brake pads get wet due to water and become slippery. In such a situation, if the brakes are not applied on time, a major accident can also happen.

Holes are also made in disc brakes so that the water coming on disc brakes can drain out quickly in the rain and keep the disc dry. If the disc does not have these holes, the water droplets will stick to the disc causing slippage in the brake and the brake will not apply in time.