Which smartphone is best for you in both Realme 9 and Realme 10: know here 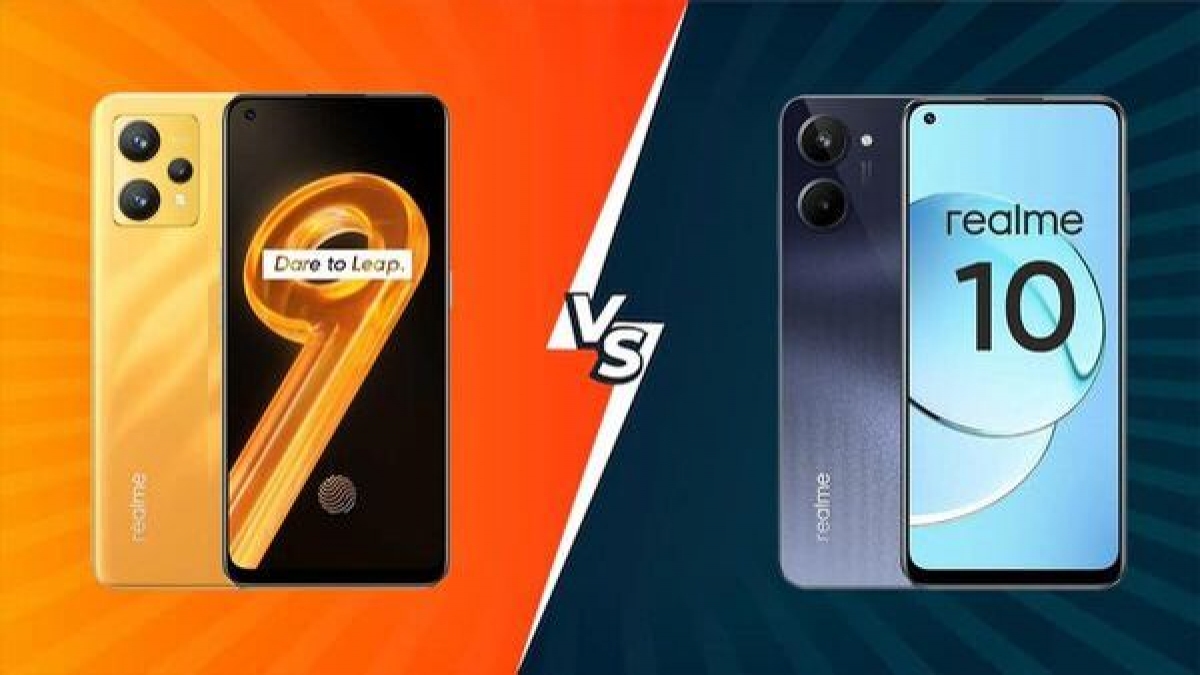 Realme 10 is one of the latest launches from the brand, which brings a better design along with an advanced processor. However, when compared to its previous smartphones, the latest smartphone offering might be lacking in some departments. Here is a detailed comparison of Realme 10 with Realme 9 to help buyers decide whether it is worth upgrading to the next-gen model or not.

A major difference between the two smartphones is seen in the chipset. The older Realme 9 debuted with a Qualcomm Snapdragon processor, while the Realme 10 packs a MediaTek Helio chipset. However, both are 4G smartphones.

Interestingly, both the Realme 9 and 10 smartphones come with the same display. Both phones have a 6.4-inch FullHD + resolution (1080 x 2400 pixels) display. Gorilla Glass has been used for protection in these phones. Realme 9 4G has an in-display fingerprint reader while Realme 10 4G smartphone has integrated fingerprint sensor in the power button itself.

Under the hood, the Realme 9 runs on the Qualcomm Snapdragon 680 octa-core chipset. At the same time, Realme 10 runs on MediaTek Helio G99 octa-core processor. The Realme 9 comes with 6GB and 8GB RAM variants while the Realme 10 starts with 4GB RAM and offers up to 8GB. Both the phones run on Android 12 OS with custom skin on top.

Talking about the battery, both the Realme 9 and 10 come with a 5,000 mAh unit. Realme has offered 33W fast charging support for both the phones. As a new device, Realme claims that the 10 models have improved and customizable battery performance.
comes with.

Talking about the cameras of the two phones, the Realme 9 comes with a triple-camera setup consisting of a 108MP primary shooter, an 8MP ultra-wide lens, and a 2MP macro shooter. On the other hand, Realme 10 has a dual camera setup with 50MP primary lens and 2MP depth sensor. Both the phones have a 16MP front camera.