Which smartphone became the most popular in 2021? The answer could have been predicted a year ago 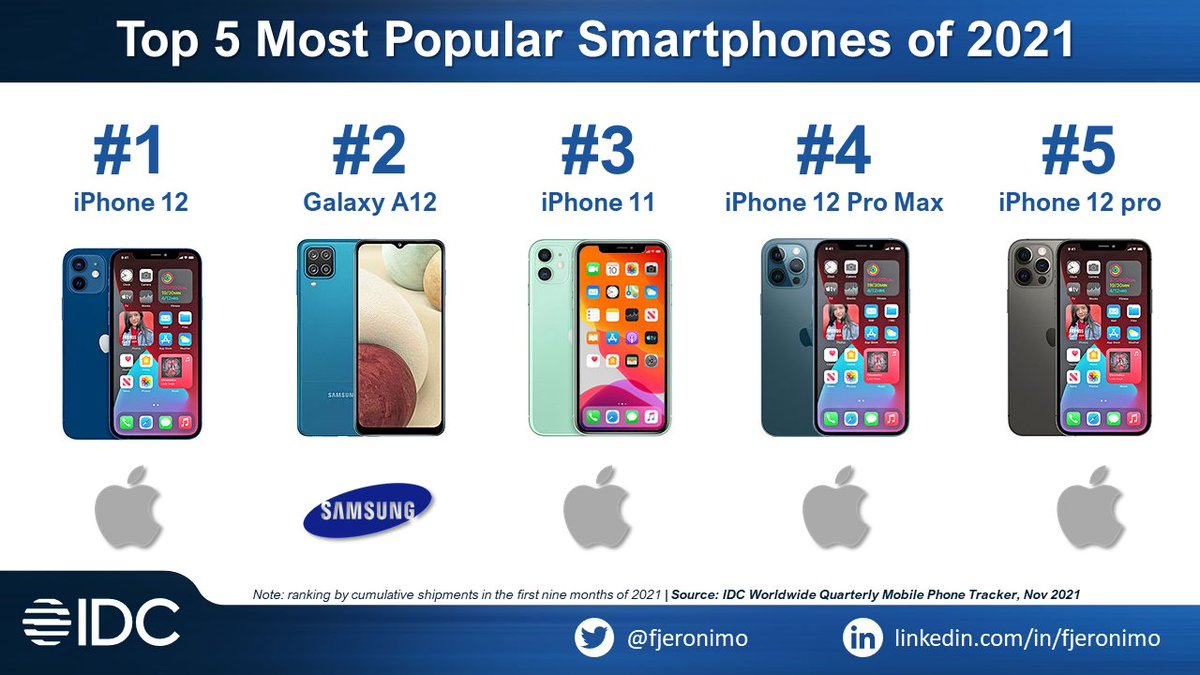 Despite the fact that there is still a little more than a month before the end of the year, IDC analysts have already summed up the results of the year at least in relation to the best-selling smartphones.

The authors gave a list of five of the most popular devices, and four of them are from Apple.

The leader is quite expectedly turned out to be the iPhone 12. Recall that last year the best-selling smartphone was the iPhone 11, and before it the iPhone XR. The iPhone 11, as you can see, still sells very well, but the much more expensive last-generation Apple flagships also hit the top.

The only smartphone not from the Apple camp in the top five was the budget Samsung Galaxy A12. And that’s to be expected as well, as the base models of the Galaxy A line have also consistently been on top-selling device lists in recent years. True, Galaxy A5x were usually there, but at least we don’t see Galaxy A52 in this list.