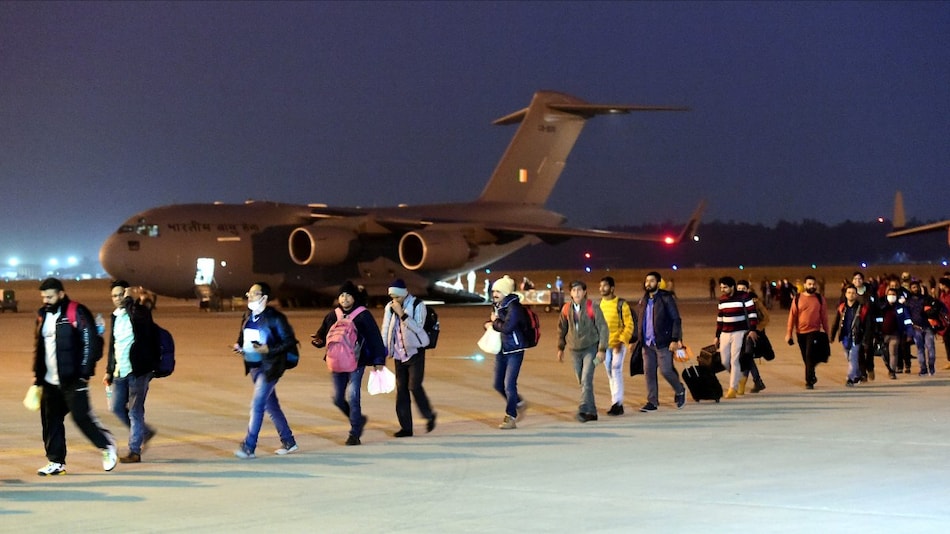 People trapped in the Russo-Ukraine war tell of how social media helped them save their lives in Ukraine and get out.

A video of students trapped in Ukraine during the Russian attack went viral on social media. In this, students trapped in the Ukrainian city of Sumy were seen carrying the national flag of India and were seen threatening that they would walk to the Russian border. The video caught the attention of Indian and international media. As a result, the Indian government had to take swift steps to get them out of there.

By Wednesday, students trapped in this north-eastern city of Ukraine were evacuated. This incident provides the best example of how social media has become a support for those trapped in the Russo-Ukraine war. As the Russian offensive began, social media platforms were flooded with photos and videos of people, soldiers and politicians trapped in Ukraine. Jisna Jiji, a 25-year-old medical student who was among a group of 700 students who decided to travel on foot to the Russian border, said social media played a key role in getting her out.

“Seeing our accommodation and food being reduced, we were requesting the government to get us out of there as soon as possible, but we were not heard. The bombing had started. Then in the end, we got upset and posted the video on social media. It went viral within a few hours and we got a response from the government. After that we were kicked out.”

The mobile phone in the hands of the people became a means of keeping every situation of war in front of the world. Asaf Hussain, a 25-year-old medical student from Kerala, got stuck in a metro bunker with his friends. Bombing was happening above and he was trapped with his friends below. Their resources started running out and there was no hope of help.

In the age of social media, people are able to convey horrific situations like war to the whole world through their mobile phones. It also proves helpful for families who are stuck in such places. With the help of mobile, they keep getting updates about the latest situation. Hussain said, “Social media helped our family and parents to be updated about every situation as rumors were spreading very much at that time. Through social media we brought the truth to them.”

It was very difficult for student coordinator Seemesh Sasidharan to handle a group of 800 students stuck in Kyiv. With the help of Telegram group, he kept on providing necessary information to all the students. Due to this, they kept getting constant updates about the status of the students. “There was bombing all around and I had 800 students with me. We divided them into groups of 40-50. The responsibility of each group was given to two senior students. Four routes were made to evacuate the students here and there. were scattered.

The Internet helped us keep people connected. We told them which routes to go and where not to go. We formed a Telegram group of 800 people and kept updating them about train timings,” said Shishidharan. Kanishk, a first-year medical student, reached India safely last week. He told that the people who left Ukraine before us, said. With the help of social media, they helped us find ways to get out of there.

“We used WhatsApp groups to keep in touch and communicate with each other. Whatever information was coming from the Indian Embassy to get out, it was forwarded to that WhatsApp group. Even at the time, we were asked to reach the border on our own, so the students who had already left gave us all the information about the drivers and routes there.” Kanishk said.

Ukrainian officials also took to social media to engage foreigners and local hackers in the war. Another aspect of social media was also seen during the war that at such times fake news and trolling were also in full swing.

Hussain said, “We were trolled a lot on social media by people for coming abroad to study. Fake news was coming a lot at that time. We were already upset and due to fake news our problems are increasing more. Was.” In difficult war situations, it becomes very difficult to differentiate between real and fake news. But in the Ukraine war, social media certainly became a means for people to save their lives.