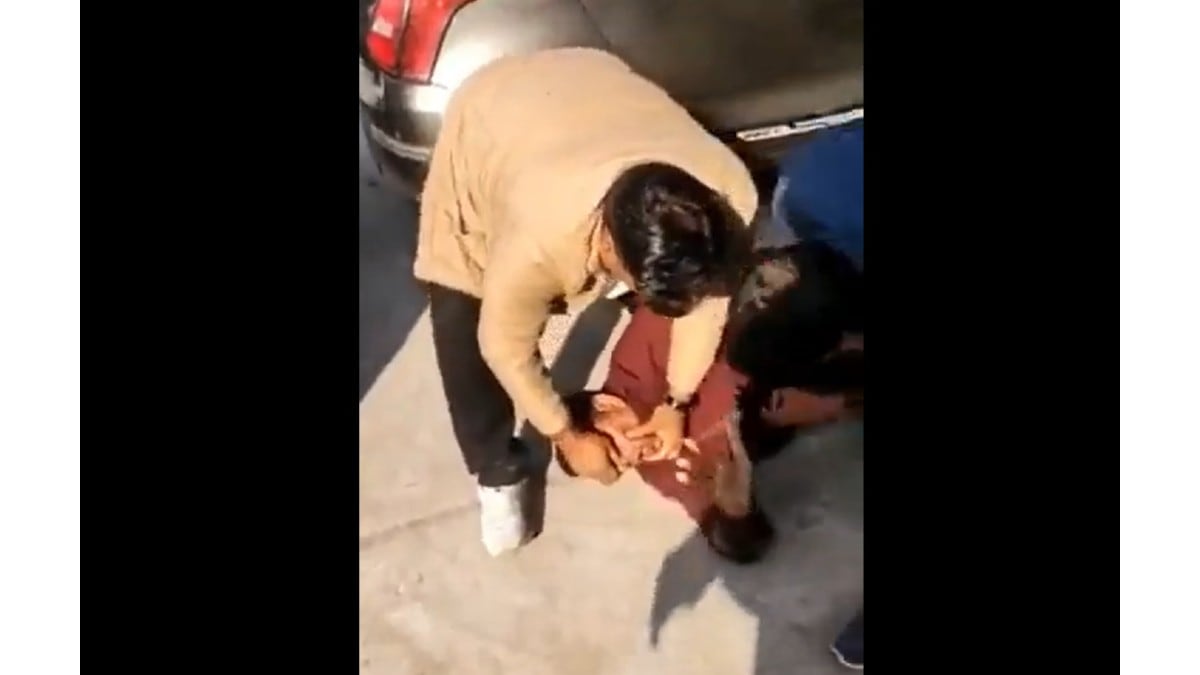 A shocking incident has come to light from Faridabad in Haryana. There a sub-inspector was caught red handed while taking bribe. When the Vigilance team took action on him, the sub-inspector started chewing the note to save himself. The bribe amount is said to be Rs 4,000. Although the sub-inspector could not chew the note, the vigilance team recovered the money from him. The whole incident took place at a community center where a wedding ceremony was being held. Amidst the chaos on the spot, someone recorded the matter. This video is making headlines on social media.

According to media reports, the sub-inspector who has been caught is posted at Sector-3 police post. The accused has been sent to jail after being produced in the court. In this case, a person named Shambhunath Yadav had given a complaint. He sold a buffalo to one of his acquaintances, Deshraj, for Rs 40,000. Deshraj had not paid Rs 10,000 for the purchase of buffalo. He was in no mood to pay.

It is said that Shambhunath had given 6 thousand rupees and Mahendrapal was demanding another 4 thousand rupees. Shambhunath complained about the matter to the State Vigilance Department. After this, the Vigilance team caught Mahendrapal taking bribe. As part of the preparation, Mahendrapal was called to the community center where the Vigilance men were already present. It is said that Mahendrapal tried to swallow the money, the team had to work hard to get the money out of his mouth. A video related to this is also circulating on social media. Gadgets 360 Hindi does not endorse this video.