WhatsApp New Feature: Now ‘God’ will become group admin, will get this power 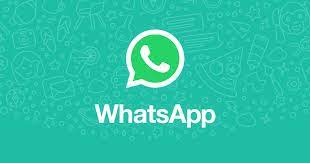 Soon you can get another new feature on WhatsApp, the most used instant messaging app in the world . According to media reports, the company is working on such an update, in which the group admin will be given the right to delete any message present in the group. After the introduction of this feature, the group admin can keep any message he wants and can also delete someone’s message. Testing has started regarding this feature and soon it will be released for all users.

All admins have the right to delete messages for everyone

According to a report by Wabetainfo, the company has released beta version 2.22.1.1 update for this feature, which allows group admins to delete messages entered by other members in the group. gives convenience. All admins of the group will have the right to delete the message for everyone.

After deleting messages GROUP its notifications on the screen

when the group admin will delete a message, Votsaep will leave an indicator on the type of screen that says would- it was an admin deleted (This was removed by an admin) . This allows other members of the group to know who deleted the message.

The company is updating the process of deleting messages. After the introduction of this feature, the group admin will have more power. It will be easier for group admins to remove obscene or objectionable messages.