WhatsApp has a new feature: the ability to conduct a survey in private chats 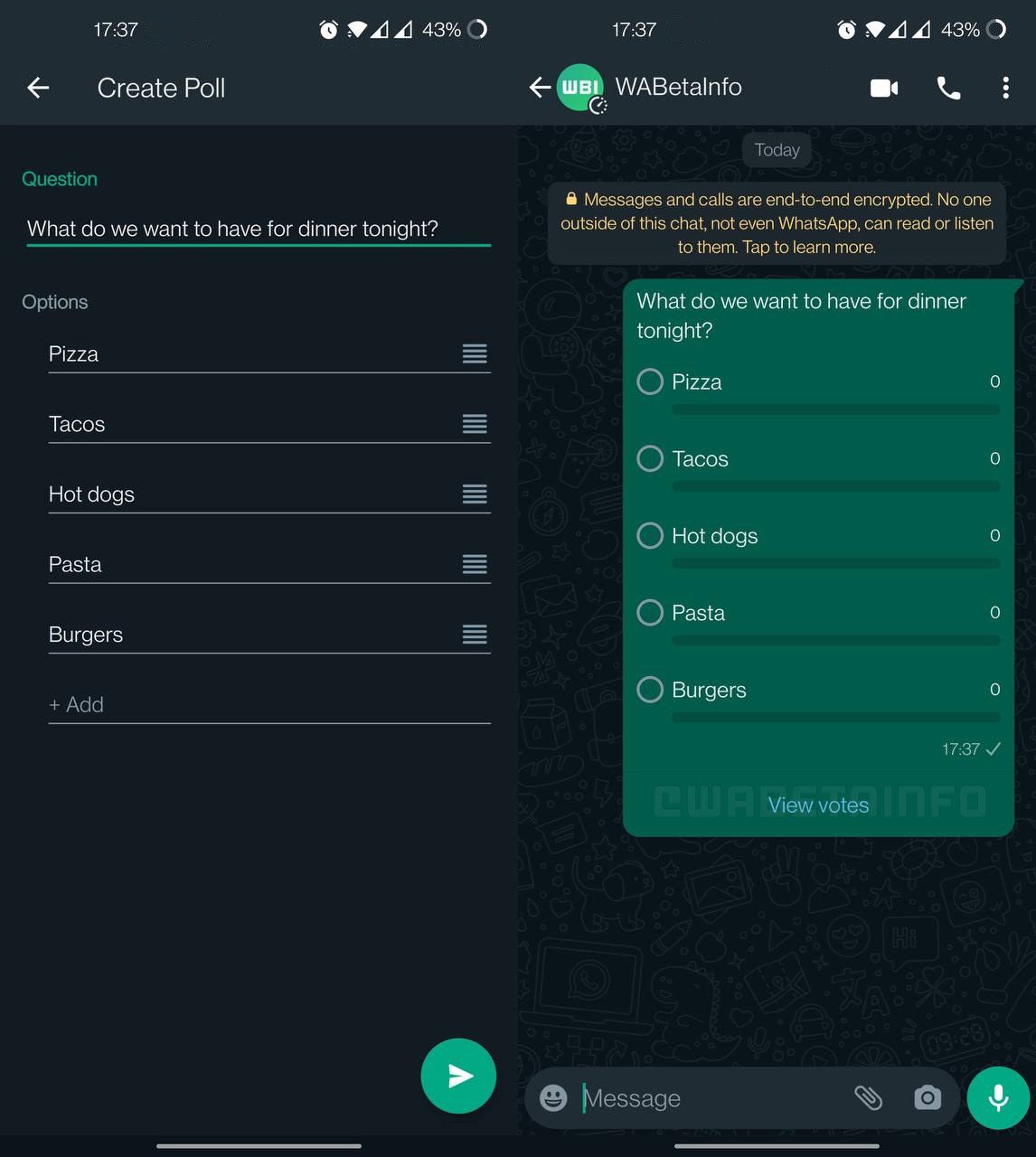 According to the WABetaInfo portal, in the beta version of the WhatsApp messenger for Android, number 2.22.23.12, the ability to create polls in private chats has been added.

Earlier, WhatsApp testers have already found a similar function in the messenger for group chat participants. Now it will be possible to create polls in personal correspondence.

At the same time, the interface and functionality remained the same as in the case of group chats. Users will be able to create a poll with up to 12 answer options.

Polls in group and private chats are encrypted, and even developers will not be able to recognize users who have chosen one or another answer. The innovation is at the stage of beta testing.

In the stable version of WhatsApp, this innovation should appear after the end of testing.