What’s new in the new Ather 450X Gen 3, know about these 5 special things 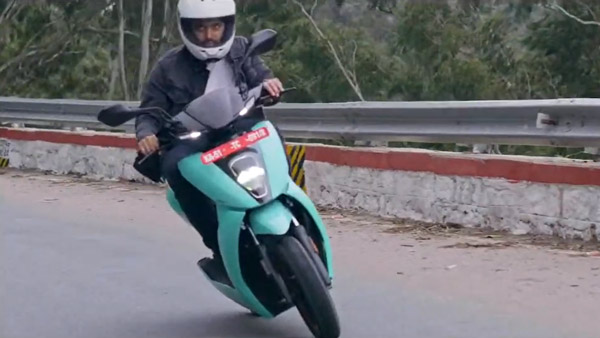 The 450X Gen 3 comes with a larger 3.7kWh battery pack, which is a significant step up from the earlier 2.9kWh unit (of which 2.6kWh was usable). Ather claims that in Eco mode, the Gen 3 can achieve an actual range of 105 km on a single charge, up from 85 km earlier.

Ather also claims that this battery will have 25 percent longer life and significant improvement in thermal management as compared to the existing unit. It’s all used for more consistent performance, whether you’re riding a steep climb, or on a scooter with a pillion.

The fan-cooled motor in the Ather 450X Gen 3 has received a slight bump in peak power from 6kW to 6.2 kW, though the nominal power output remains the same at 3.3kW. This increase in peak power means that the claimed top-speed has gone up to 90kph from the earlier figure of 80kph.

3. Improved visual updates and changes below the body

The MRF tires on the Ather 450X have received a notable update with changes to the tire compound, tread pattern as well as the width of the tire (now wider at the rear). Ather claims that these new tires reduce braking distance on the outgoing model while offering better grip.

Other small but notable visual updates include redesigned mirrors for better visibility and a helpful sidestep at the rear. While the new tires and mirrors may be retrofitted to the previous version, the sidestep is still a work in progress in that department.

It now has a 7.0-inch TFT display that responds rapidly to inputs, doubling in RAM size from 1GB to 2GB. Ather claims that this will allow it to introduce several new features in the future, including voice commands and multi-language support.

The average prices across the country have increased by Rs 5,000. It is worth noting that the company has launched this electric scooter in 10 cities of the country, where their prices have been kept differently. While the highest price of Ather 450X Gen 3 in Chennai is Rs. 1,55,507 (Ex-showroom), the highest price of Ather 450 Plus Gen 3 is also available at Rs. 1,35,996 here.