What will happen if a PC with a Core i9-13900K and a GeForce RTX 4090 is put outside in 50-degree frost. A Chinese from Mohe conducted such an experiment 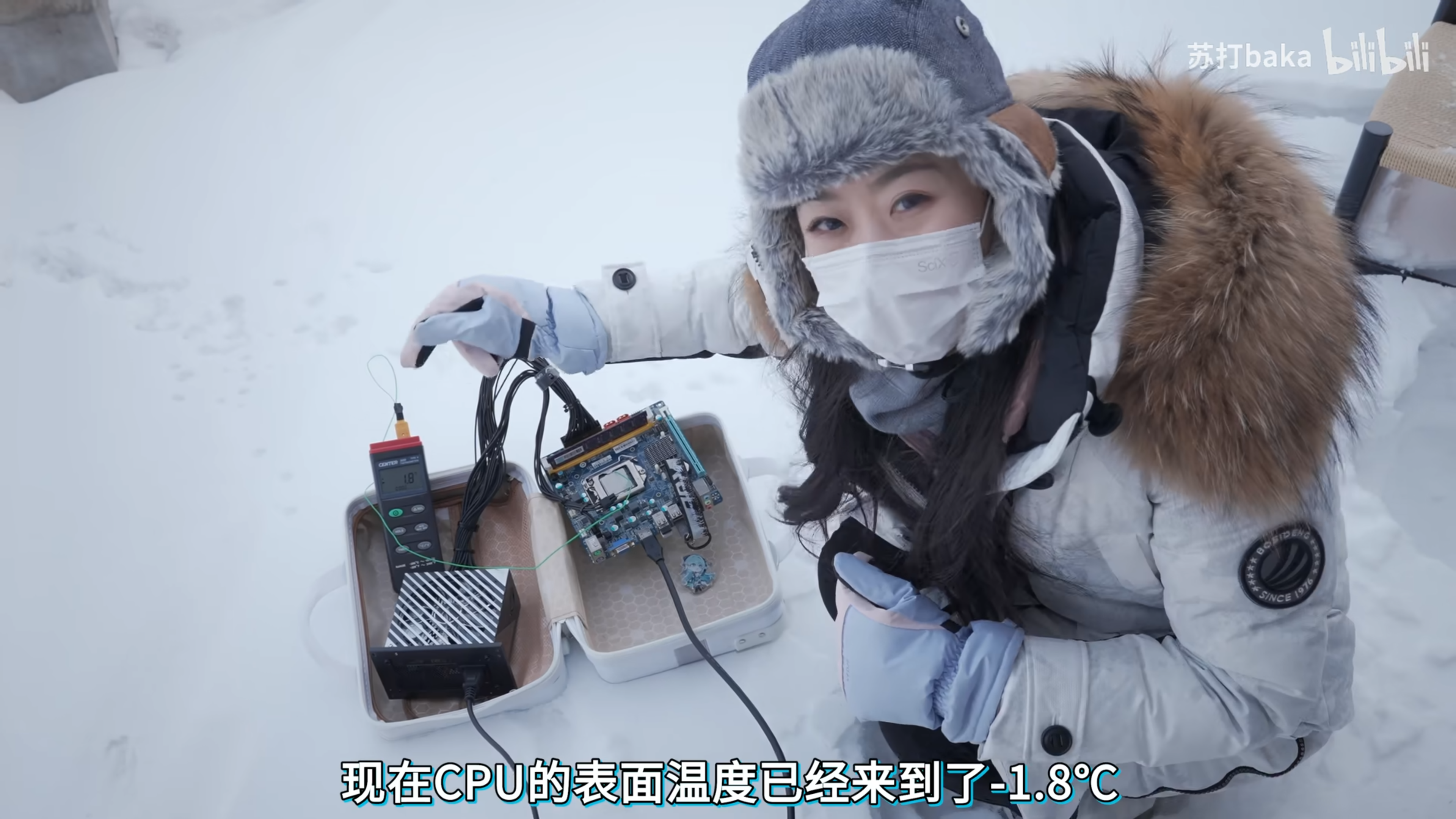 In general, for computer components, low temperatures are better than high temperatures. But everything is relative. For example, a Chinese enthusiast from the city of Mohe decided to check how the PC behaves on the street when the temperature there is -53 degrees.

He built a computer based on the Core i9-13900K and GeForce RTX 4090. Initially, a liquid system was used for cooling, but in the end it simply froze and stopped working. Therefore, a passive cooler Noctua NH-P1 was installed instead. An array with industrial fans was installed next to the PC.

As a result, the CPU temperature was 10-15 degrees, thanks to which it easily overclocked to 6.18 GHz. The unloaded GPU was much colder (-40 degrees), but under load the temperature rose to 30 degrees.

The PC stood in the cold almost all night and continued to work, although the cables were covered with ice. It can also be noted that initially the author assembled a PC on an old Intel processor, which, without any CO under load, only warmed up to 1-3 degrees.