What the company is going to give in Mahindra BE.07 concept, know when will it be launched in the market 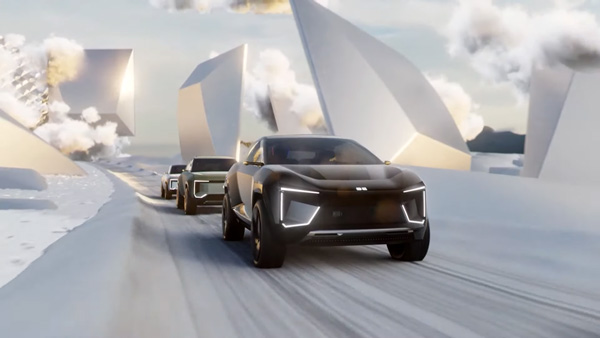 The Mahindra BE.07 will be a pure electric vehicle developed from scratch and like all other electric SUVs, it will be powered by the company’s new INGLO platform. Capable of multiple body styles, the single platform will support battery capacities ranging from 60 to 80 kWh.

In addition, it will also support 175kW fast charging and will be able to charge the battery up to 80 percent in 30 minutes. While the exact specifications of the Mahindra BE.07 are yet to be known, the automaker has revealed the overall size of the SUV.

Unlike other SUVs that sport a coupe-type silhouette, the Mahindra BE.07 will feature a flat roofline, square wheel arches, tall vertical LED DRLs and a tall stance with similar tail lamps. However, the production-spec model is likely to be different from the showcased prototype.

Its cabin will be equipped with modern technology such as edge-to-edge display, which will include three 12.3-inch screens, a panoramic sunroof, over-the-air updates and a heads-up display. Mahindra BE07 will make its debut in October 2026 following the market launch of BE.05, XUVE.8 and XUVE.9.

As we mentioned, all the vehicles of the company will be built on the INGLO platform, along with this the company is aiming for a 5-star safety rating for these vehicles. These include both RWD and all wheel drive models.