What is Web 3.0, is the Internet really going to change! 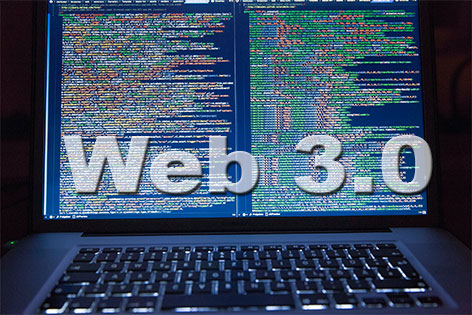 what is web 3.0? This is a very big and burning question, which is discussed in the technical world with facts with different arguments. Yes, it is being said about Web 3.0 that it will change the Internet. Let us know what exactly is Web 3.0.

To understand Web 3.0 we first start with 1.0. In 1989, WWW ie the World Wide Web was started and at that time the Internet was there, then you only got written information. That is, the Internet started from here in text format. This was followed by the emergence of Web 2.0. On Web 2.0 you can see the revolution of not only text content but also video images.

And in this way Web 2.0 also became a kind of centralized Internet, meaning in a way it is controlled by big companies. For example, suppose Google, most people go to Google for information and Google has all the data. It is extremely easy for Google to manipulate these data.

At the same time, such allegations have also been leveled against these companies, and why only Google, you take the example of Facebook, take the example of Amazon. All such big companies can play with people on the internet for their own interests and this is the thing about web 2.0 that is advocating the arrival of web 3.0.

It is being said that if Web 3.0 is fully in vogue then companies like Facebook and Google will not be able to rule the internet. Yes! In this, the user will be the owner of his content. Web 3.0 is said to decentralize the Internet, and is believed to be a blockchain-based Internet.

We are all hearing about blockchain very fast nowadays, because cryptocurrency is based on this technology. The meaning is very clear and that is, the way your money is not in any bank in crypto currency and therefore your currency does not break when the bank sinks, there are no chances of fraud, in the   same way Web 3.0 Like in blockchain, your data will not be on a single central server but in each user’s device, but it will be in encrypted format and no one will know where the user’s data is actually kept. In such a situation, it will not be possible to manipulate, manipulate it. This will end the monopoly of big companies.

By the way, people are having different opinions about Web 3.0. Tesla CEO Elon Musk and Twitter founder Jack Dorsey do not make statements in favor of Web 3.0 and say that it is not reality. At the same time, work on 3.0 is going on in the tech world for a long time and it is believed that it will continue to run side by side, but people are not even saying that Web 2.0 should end.

However, the world of technology has seen such a big change, which no one could have possibly imagined. Whereas in the coming days, if Hue 3.0 is decentralized while working on Blockchain technology and the control goes to the user, then it will definitely change the experience of the Internet as well. But it will be interesting to see how the research and development progresses on this in the coming days.