What is Unicorn Startup? How did India reach the top 3 position in this? 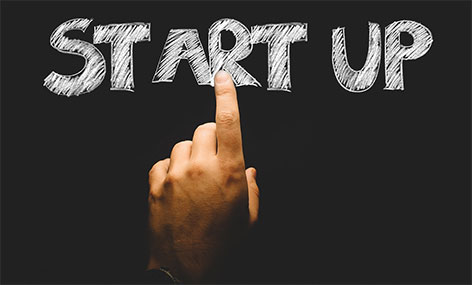 Do you know how a company started with a small idea is doing billions of dollars in business today? And why are they called unicorn startups? In fact, any private company whose valuation exceeds one billion dollars, those companies are called unicorn startups in the financial world. It was first coined by venture capitalist “Eileen Lee”.

Let us tell you that in this field, India has achieved a different position in the world today. We are witness to how in the last few years everything has changed in our country due to good governance and good systems. In today’s date, India is reaching a point which could not have been imagined till some time ago. Today, India is not far away from being the topper in the field of unicorn startups, as it has moved from fourth to third place in just one year.

#India included in the top 3 countries of the world

Even though the start up culture in India started quite late. But as soon as it started, it also gathered momentum very quickly. And now the situation is that it is not taking the name of stopping. If we talk about the present time, in today’s date, India is being included in the top three countries of the world, in which the United States is at number one, Republic of China at number two and India itself is at number three.

Let us tell you that unicorns are those startup companies whose value has been more than 1 billion dollars i.e. more than 7 and a half thousand crores rupees. Such companies are 487 in America, 301 in China and 54 in India. It is noteworthy that earlier England used to be at number three, but India has achieved this position by overtaking England. Actually, these companies are considered a symbol of how rich the companies of which country in the world are.

Needless to say that there is no dearth of talent in our country. It has been present here for a long time, but due to not getting proper government support, the problems related to it are increasing day by day. However, the situation has changed in the last five years. Apart from digital governance, technology has also played an important role in this. It is because of this that the start up ecosystem in India has developed so much.

However, in today’s time in India, it is believed that like Silicon Valley, a lot can develop here too. But now a lot of efforts will have to be made for it, then only all this will be possible. Usually, many companies in India have got the tag of unicorn startup, in which the following companies are the highest- First, digital payment company BillDesk which is used for making payments. Second, there is Pine Lab Company which provides facilities for payment.

Third, there is Byju’s which runs an online learning program. Fourth, there is OYO, an app through which you can book hotels online. This hotel also provides Pancham is Swiggy, through which you can order your favorite food online and get it delivered at your doorstep. The sixth is Zomato, with the help of which you can order food online and get food delivered at your doorstep, that is, it is a food delivery app. Seventh, there is Paytm Mall which is a retail business.

# Know, what will be the benefit of becoming a unicorn of a startup?

When a company makes its valuation more than one billion dollars, then that company comes in the list of unicorns. The meaning is that then the company is going to grow. When a company starts growing rapidly, then the investor starts investing his money in that company. Actually, the direct objective of any investor is to earn more and more money. That’s why the investor always sees how the company’s market is, how the company’s growth prospects are so that he can earn maximum money by investing money.

# These are India’s biggest unicorn startups:-

Paytm- Paytm is one of the largest unicorn startups in India, one of the companies providing digital payment services in India. When Paytm joined the list of unicorn startups in 2015, it was valued at $7 billion. Its headquarter is in Noida, Uttar Pradesh. It is an e-commerce finance industry, founded by Vijay Shekhar Sharma. It was made in 2010.

OYO- This is a hospitality industry that provides rooms at affordable prices. It was created in 2013 by 21 year old Ritesh Agarwal. Its headquarter is in Gurugram, Haryana.

Byju’s- It is an education technology based company, whose founder is “Biju Raveendran”. The app is used by more than 30 million students worldwide and has around 20,00,000 paid subscribers. The valuation of this company is about $ 20 billion. It is headquartered in Bangalore, Karnataka, which was established in 2011.

Swiggy- It is a very valuable food online delivery app that delivers food within minutes. It was founded in 2014 by Nandan Reddy, Sriharsha Majesty and Rahul Jaimini. Today Swiggy’s application has been installed by 1 crore people, which is headquartered in Bangalore.

Zomato- This app is also a food delivery app that delivers food from restaurants directly to our homes. It was founded in 2008 by Dipendra Goyal and Pankaj Chadda. Its headquarter is in Gurugram, Haryana.

Big Basket- This is the largest grocery store in India which is owned by Hari Menon, VS. Sudhakar, Vipul Parekh, Abhinay Choudhary and V.S. Ramesh started it together in 2011. This company receives 1,50,000 orders daily. Its headquarter is in Bangalore.

UNAcademy- This is a company that joined the list of Unicorn Startups in 2020. In just five years it is the online learning platform which prepares most of the government jobs and specially for UPSC. It was founded in 2015 by Gaurav Munjal, Himesh Singh, Roman Saini and Sachin Gupta.

# In 2020, there were 21 unicorn startups in India, which was equal to one tenth of China

Let us tell you that a year ago, the number of unicorn-level startups in India was about 21, which is equal to one tenth of the neighboring country China. More than 40 such companies of Indian investors are established abroad. The 21 Indian unicorn companies on Hurun’s Global Unicorn List have a total valuation of $73.2 billion. Then India was at the fourth position in this list after America, China and Britain.

# The number of unicorns in China is 227, which is three times more than India.

According to the then Hurun report, the number of unicorns in China is 227. In such a situation, the number of unicorn startups in India is equal to one tenth of it. Not only this, it is also noteworthy that three investors from China account for 11 out of 21 domestic unicorns, amid reports of investments coming from countries sharing land borders with India being brought under various rules.

# The number of unicorns established by people of Indian origin outside India is about 40.

At the same time, the number of unicorns established outside India by people of Indian origin is about 40, while people of Chinese origin have set up only 16 such businesses outside their country. The special thing is that the total valuation of unicorns established abroad by the Indian community is $ 99.6 billion. The highest valuation of this is finance technology company Robinhood, which is about $ 8.5 billion. Of the 61 unicorns founded by Indians, nearly two-thirds are overseas, mainly in the US Silicon Valley, said Rupert Hoogwarf, chairman and chief researcher of the Hurun Report. While only 21 unicorns are working in the country.