What is the difference between Bar Code and QR Code? Which of the two is more powerful? Know full details 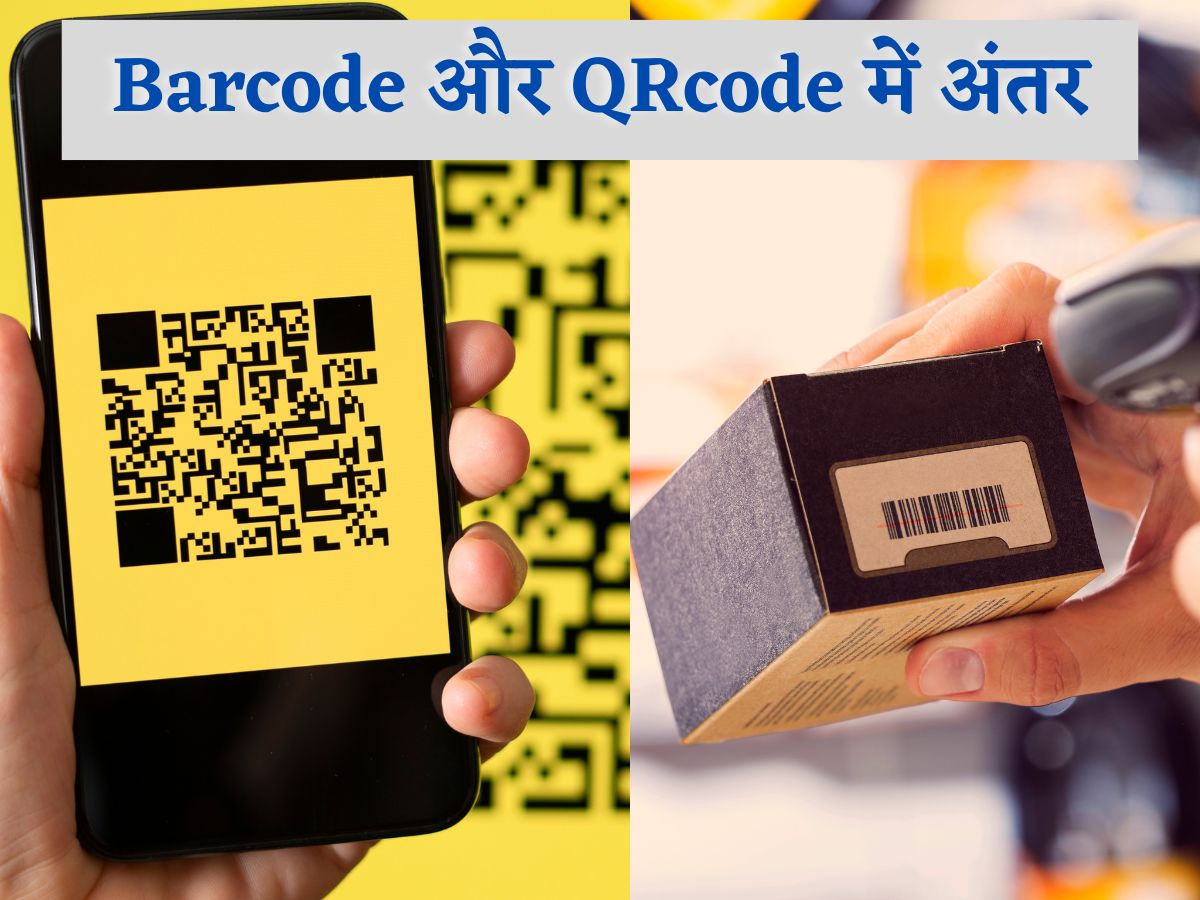 The use of barcodes for commercial purposes was introduced in 1974.

By scanning the barcode, you can get many information related to the goods.

The full form of QR Code is Quick Response Code. This is an advanced version of the bar code itself.

New Delhi. Digital age cannot be imagined without bar code and QR code. With the help of bar code or QR code, we can get complete information about any product and if we want to buy the same product, then payment can also be done by scanning the QR code. This is the reason that during the last few years, QR code has become popular all over the world.

What is bar code and where is it used?
The use of barcodes for commercial purposes was introduced in 1974. A bar code is a linear representation of any item, which is read with the help of an optical device. A barcode can be understood in this way – it is made up of many parallel lines. The distance between these parallel lines is also more and less.

Explain that the information of any item can be traced through barcode. You can scan a barcode to find out a lot of information, including the price of an item, or its manufacturing date and weight. Meaning you do not need to ask the shopkeeper for this. You only have to scan the code once.

What is QR Code and what is it used for?
The full form of QR Code is Quick Response Code. This is actually an advanced version of the bar code itself. You see many lines in a bar code, whereas a QR code is in a square shape. It can store much more information than a barcode, even numbers, alphabets, photos and videos. Very little information is stored in bar codes.

QR code was invented in the year 1994. QR code was earlier created to scan many parts and spare parts of auto-mobiles. It was easy to get parts information through this. You can understand the QR code with this example- Suppose there is a gift pack and you have no idea what is inside it. Just like opening a gift box with scissors or a knife, detailed information can be found by scanning the QR code. Only those mobile apps can read it, which are specially made for reading it.

You must have seen that nowadays bar QR codes are kept in most of the shops. You can pay the shopkeeper by scanning through your payment apps. In this QR code, many information including shopkeeper’s name, shop name, bank account number are stored. This is the reason that after scanning, the payment reaches the bank account of the same shopkeeper to whom you have paid.