What are the major changes made in Mahindra Scorpio Classic, know in detail 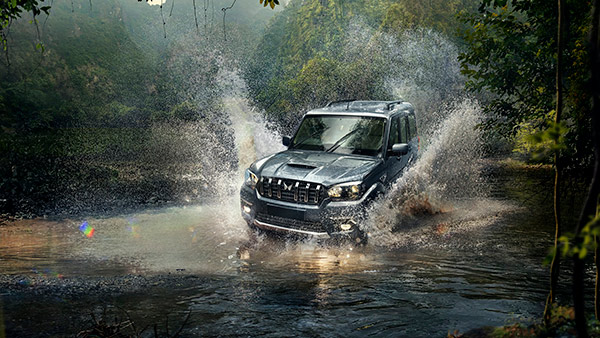 It has a new grille with 6 vertical slats. The Scorpio Classic gets new DRLs and new 17-inch dual tone alloy wheels. At the same time, it has been given a new dual tone beige and black interior theme, along with a classic wood pattern console. The old model of Scorpio was given gray and black interior.

Mahindra Scorpio Classic has been made available in two variants S and S11. Its S variant is given with 7-seat and 9-seat side facing. In the 7-seater, a bench seat in the second row and a jump seat in the third row have been given for two people. The S11 is offered with the option of 7-seater captain seat and 7-seater side facing.

In this, the captain seat in the second row and bench seat in the third row is given in the 7-seater. On the other hand, in the 9-seater, a bench seat has been given in the second row and a jump seat has been given for four people in the third row. It has been brought with 7-seat and 9-seat option, due to which very little boot space is left. The company has not yet disclosed the boot space.

The company claims that the weight of the engine has been reduced by 55 kg and the mileage has improved by 14%. Along with this, a new 6-speed cable shift has been given which comes with manual transmission. The MTV-CL technology has been used to improve the suspension, due to which it provides better handling and ride.

With the new update, the Scorpio has become even better and in such a situation it will definitely attract the old customers. While the new Scorpio-N has come with a distinct identity, the old Scorpio also maintains its own identity. Now it has to be seen how much its price is kept.