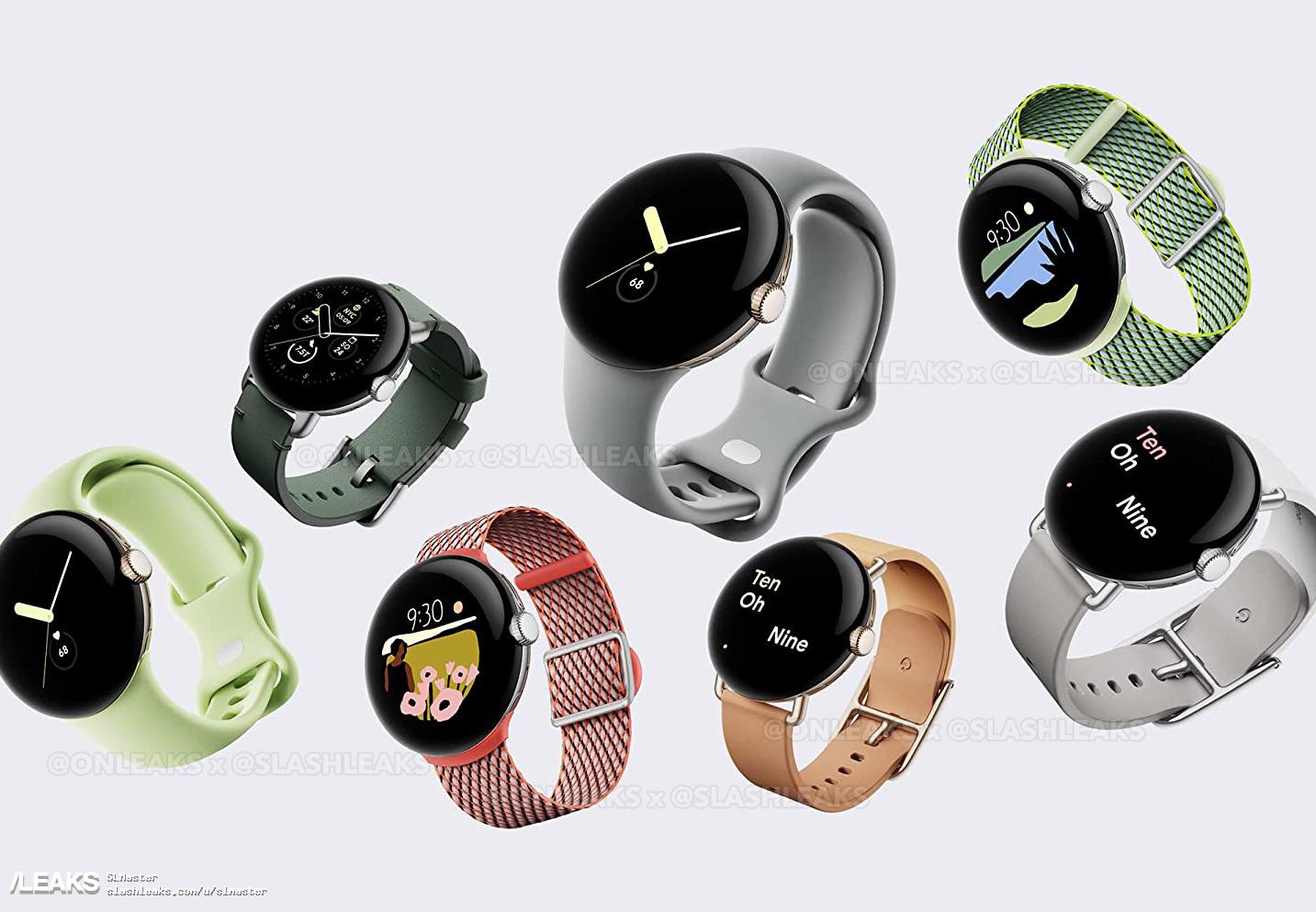 Insider Steve Hemmerstoffer, known on Twitter under the nickname OnLeaks, does not let up: earlier this week, he leaked high-quality renderings to the Network Samsung Galaxy S23 and Galaxy S23+today published renderings of the Galaxy A14and now in a big leak brought a large number of high-quality images of Google Pixel Watch smartwatches.

As the insider himself says, these images showcase the Pixel Watch for the first time in all color options and with all strap options. The insider also provides technical details.

According to him, Pixel Watch will receive water protection (5ATM, so diving with them is undesirable) and tempered glass Gorilla Glass, there will also be a sleep monitoring system, a heart rate sensor, an ECG registration system. Also mentioned is a quick pairing mode with Pixel Buds, an emergency mode with sending an appropriate message to a number of pre-defined favorite contacts, and buyers of the novelty will receive 6 months of access to the Fitbit Premium service as a bonus.

According to another insider, Roland Quandt, the Pixel Watch will cost 340 pounds in the UK, while in Europe they will ask for 380 euros (for the basic version) or 420 euros (for the version with the LTE modem).

Recall that the official premiere of the Pixel Watch is expected on October 6 at an official event, in which Google will also introduce Pixel 7 and Pixel 7 Pro smartphones.

Steve Hemmerstoffer previously posted renderings of the Xiaomi 12 and Xiaomi 12 Pro, Samsung Galaxy S21, Sony Xperia XZ4, Google Pixel 4 XL, Huawei Mate 40 Pro, Sony Xperia 10 III prior to their official release, and all of these leaks have subsequently been confirmed.

Previously, Roland Quandt completely declassified the GoPro 9 Black and GoPro 10 Black cameras before their announcement and revealed their exact cost, as well as published accurate renderings of the Nokia G21, Xiaomi Mi A3, Xiaomi Mi 9T, Samsung Galaxy Z Fold 4 and many other smartphones.