Water has been found in soil samples from the asteroid Ryugu. This discovery may be the key to unraveling the origin of life on Earth. 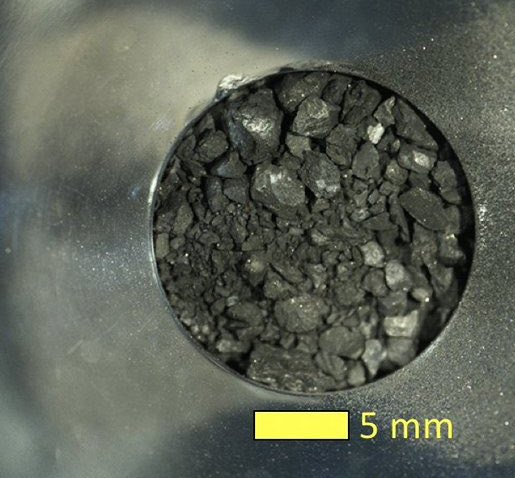 In the soil extracted by the Japanese space probe from the asteroid Ryugu, which was located at a distance of 300 million km from Earth, an amazing component was found: a drop of water. The discovery provides yet another confirmation that life on Earth could have been introduced from space. According to The Guardian, the findings of the study based on the results of the analysis of 5.4 grams of stones and dust collected by the Hayabusa-2 probe will be presented in the publication Science.

“This drop of water makes a big difference“, – commented on the discovery of the lead scientist Tomoki Nakamura from the University of Tohoku. “Many researchers believe that water was brought from space, but in fact, we first discovered water in Ryugu, an asteroid near Earth.‘, the researcher said.

Hayabusa-2 was launched in 2014 on a mission to Ryuga and returned to Earth orbit two years ago to deliver a sample capsule. Delivered samples have already supported the idea that some of the building blocks of life on Earth, amino acids, could be formed in space.

“We found evidence that this could be directly related, for example, to the origin of the oceans or organic matter on Earth.“, added the scientist.

Nakamura’s team of about 150 researchers, including 30 from the US, UK, France, Italy and China, is one of the largest teams analyzing the Ryugu sample. The sample was shared among different scientific groups to maximize the likelihood of new discoveries.

Kensei Kobayashi, an expert in astrobiology and professor emeritus at Yokohama National University who is not part of the research team, welcomed the discovery. “Tfrom the fact that water was found in the sample itself is surprising. The asteroid contained water in liquid form, not just ice, and this water could have formed organic matter.‘, said the astrobiologist.