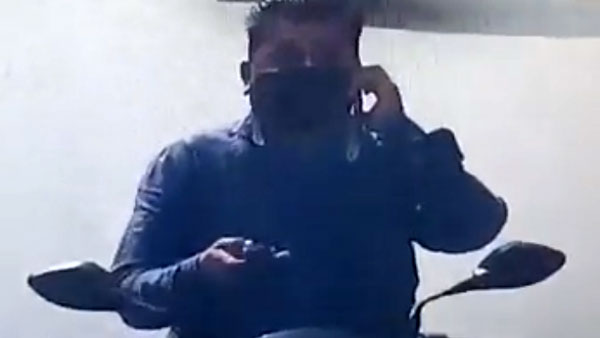 Actually, this person was using not one but two mobile phones while riding a bike. According to the video recorded in the CCTV, the bike driver was leaving the handle of the bike with the phone in both hands. Vadodara Police has issued e-challan to the rider for violating the traffic rules. However, the information about how much challan has been issued on the bike rider has not been shared.

According to the Bengaluru Police, it is illegal to use headphones while driving or riding. It is also illegal to put earphones under the helmet. Similarly, if you keep the smartphone under the helmet you will be challaned by the police.

However, people traveling in cars can listen to music through their car’s music system. Nevertheless, both the car driver and the two-wheeler rider are prohibited from using the headphones.

A report tabled by Union Minister Nitin Gadkari in Parliament has cited drunken driving and driving on the wrong side as the main causes of road accidents for road accidents. According to this report, there were a total of 3,66,138 road accidents in India in 2020.