wait over! Samsung’s cheapest 5G phone came to rule the heart, design and features will make you crazy 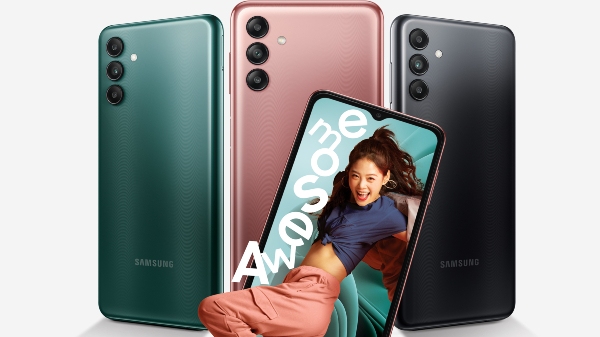 Amazing features at a low price

The Galaxy A04s comes with a polycarbonate back. It also packs a triple-camera setup at the back. The phone is available for purchase through the official website of Samsung India and other portals. Let’s take a look at Samsung Galaxy A04s price in India, specifications and other details.

Samsung Galaxy A04s has been launched in India in a single 4GB RAM variant, which comes with 64GB internal storage. Its price is Rs 13,499. The phone can be purchased through Samsung.com and major online portals. As part of the launch offers, customers with SBI credit cards can claim Rs 1,000 cashback. They can use their Slice Card or One Card to bring the price down to Rs 12,499.

The Galaxy A04s sports a 6.5-inch IPS LCD with HD+ resolution. The display of the phone has a 20: 9 aspect ratio with support for 90Hz refresh rate. The device comes with support for Dolby Atmos on a single speaker and wired, Bluetooth headsets. The smartphone is equipped with Exynos 850 SoC chipset. The phone comes in a single 4GB RAM variant with 64GB internal storage. The storage can be increased up to 1TB with the help of microSD card slot.

The Galaxy A04s sports a triple camera setup at the back. It houses a 50MP primary camera with two 2MP sensors for depth sensing and macro photography. Inside the notch of the Infinity-V display is a 5MP front camera. It runs Android 12-based OneUI 4.1 out of the box.