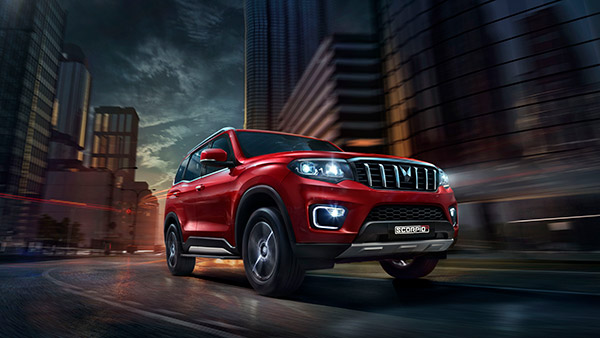 Can get a strong diesel engine

Mahindra has been a leading manufacturer of SUV cars in the Indian market. The company is promoting the new Scorpio by calling it the ‘Bigdaddy’ of SUV cars. According to the report, Mahindra’s new Scorpio can be offered in a 2.2-litre diesel engine. This engine will generate 130 Bhp of power and will come mated to a manual transmission.

Some reports also claim that it will also be offered with a 2.0-litre m-stallion turbo-petrol engine that will be capable of producing 150bhp of power and 320Nm of peak torque.

Let us tell you that Mahindra Scorpio is a D-segment SUV. It was first launched in 2002. This is the company’s longest running model being sold in the Indian market for the last 20 years. During this time the company has made many changes in the design and features of the Scorpio.

The design of the new Scorpio is completely different from the old model. The company has completely changed its front look. It now gets slim LED twin-pod projector headlamps at the front, new front grille and new front bumper. The car also looks more premium than before in the new design. Apart from this, chrome slots on the grille, silver roof rails, panoramic sunroof, new design dual tone alloy wheels have also been given. The company has introduced it with its new brand logo.

Some details of the new Scorpio interior have also been revealed. Its interior is completely different from the previous generation model. It now comes with a large landscape-oriented touchscreen infotainment system. Dual-zone climate control and controls for other electronics are provided on the center console. The instrument cluster has also been given a major update. It now gets a physical dial-based instrument cluster with colored MIDs.

Like the new Mahindra Thar, the Scorpio also gets Tire Pressure Monitoring System (TPMS), Seat Belt Reminder and Front Tire Angle Warning. Also, it can also be expected to provide wireless phone charging. It can be given a roof-mounted speaker like the Mahindra Thar and a large sunroof like the XUV700.

These cars will compete

Mahindra Scorpio, which is called the king of SUV segment in India, will compete with SUV models like Kia Seltos, Hyundai Creta, MG Hector, Nissan Kicks, Tata Harrier, Volkswagen Tigon and Skoda Kushak after its launch. The new Scorpio has been built at Mahindra’s InDesign studio (Mumbai) and Mahindra Research Valley (Chennai).