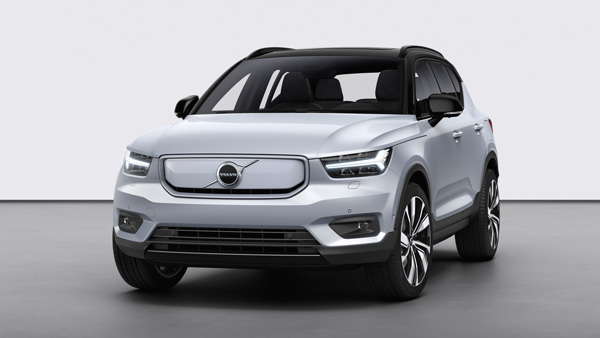 According to the company, this electric SUV can achieve 0-100 kmph in just 4.9 seconds. The car uses a 78 kWh lithium-ion battery that can give a range of 418 km on a full charge.

The Volvo XC40 comes with an 11 kW fast charger, using which this SUV gets charged from 10 percent to 80 percent in just 28 minutes. On the other hand, it takes 8-10 hours to get fully charged with a normal charger.

Luxury features are available in the cabin of the car. It has a 9-inch touchscreen infotainment system with Android Auto and Apple Car Play. The car also has a digital instrument cluster. It has dual zone climate control, four USB ports, Harmon Kardon stereo system and panoramic sunroof.

The car also gets safety features like 360 ​​degree camera, blind spot information system, lane aid, cross traffic alert and adaptive headlight. Volvo has made a move towards electric mobility, having already announced that the company will only sell electric cars worldwide after 2030.

At the same time, by 2025, the company is going to convert 80 percent of its car models to electric. It will also include some hybrid cars. The Volvo XC40 recharge is the first step in the company’s initiative. Volvo believes that only electric cars will be used in the future, so it will have to be given a commercial form from now on.

The company will phase out the fuel-powered models in the future. Volvo used hybrid electric engines in some of the cars it introduced in 2019 and has been working on developing fully electric cars ever since.