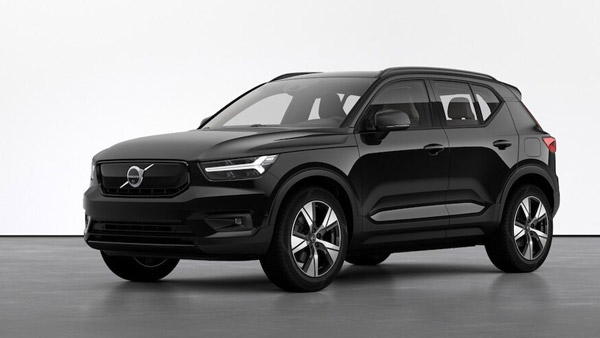 The facelifted model of the Volvo XC40 Recharge has been brought to India and gets some minor changes. The new model gets Thor Hammer DRLs and a restyled bumper. It is 15 mm longer than the petrol model but its ground clearance is slightly less at 175 mm. It gets blacked out grille and new dual tone 19-inch alloy wheels which comes with a boot space of 452 liters.

The infotainment and telematics in this electric car have been taken over from the XC60 facelift. It gets a new digital dial and a new Android based infotainment system. In this car, the driver has been given many apps of Playstore with the help of Google Maps and Assistant, E-SIM. This car has a panoramic sunroof, wireless phone charging, sensor based ADAS technology.

The Volvo XC40 Recharge will be powered by a 78kWh battery that can charge from 10 to 80% in just 33 minutes with the help of 150kW DC fast charging. At the same time, with the help of 50kW fast charge, it will be 100% charged in 2.5 hours. The company claims that this electric car will provide a range of 418 km. The company makes XC40 recharge available in twin versions.

Two electric motors have been given in this car, given in each axle, which provides 408 hp power and 660 Newton meter torque. This car accelerates from 0 to 100 kmph in just 4.9 seconds. This electric car weighs 400 kg more than the petrol model and its weight has been kept at 2188 kg.

When the company used to bring it as a completely built unit, it was priced at Rs 75 lakh but now after being assembled in India, the price has come down to about Rs 19 lakh. Volvo has made a move towards electric mobility, having already announced that the company will only sell electric cars worldwide after 2030. At the same time, by 2025, the company will convert 80 percent of its car models to electric powertrains.

The Volvo XC40 Recharge has been brought with a slew of changes along with a huge price cut, so it remains to be seen how it responds. Luxury electric cars are coming to India fast and it is going to compete with the Mini Cooper SE in India.