Volvo XC40 recharge electric SUV to be launched tomorrow with 418Km range, will get these special features 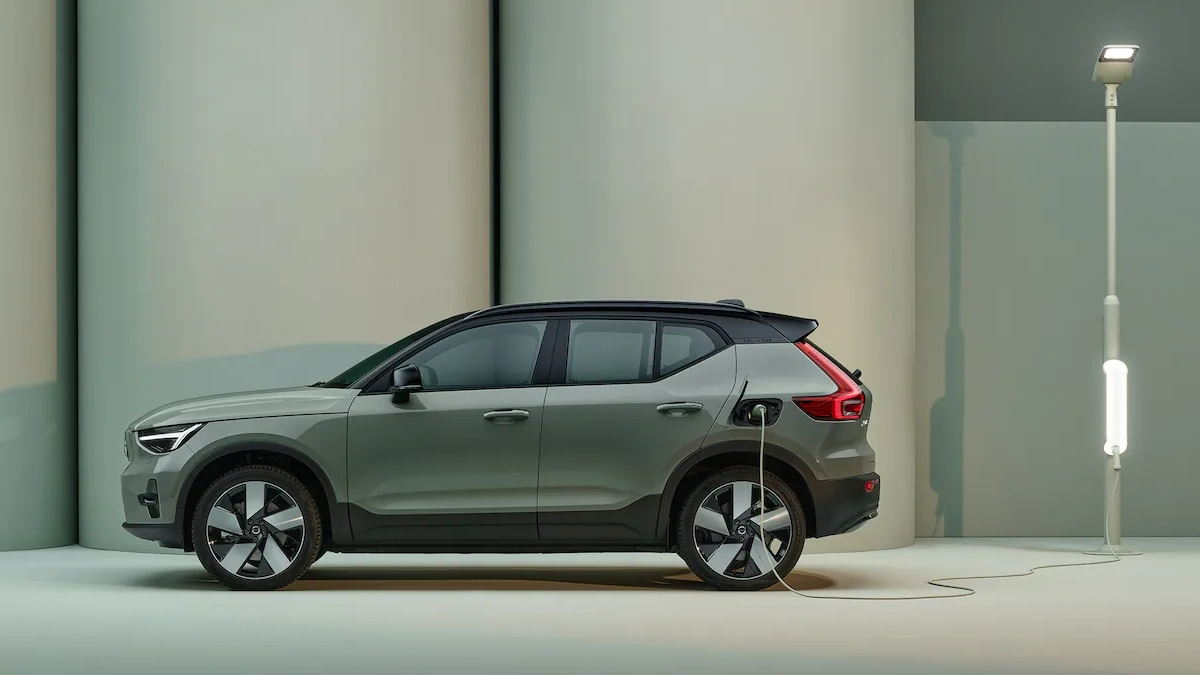 A major launch in the electric vehicle segment is going to happen on August 15, when Mahindra will world premiere its new range of electric SUVs. Before that, Volvo Cars India is going to launch its new Volvo XC40 recharge electric SUV in India tomorrow. The company claims that it is 418 km. And it gets charged up to 80 percent in just 33 minutes. The ‘XC40 Recharge SUV’ is built on the company’s Compact Modular Architecture (CMA) platform. Know about its features in detail.

according to reports, the Volvo XC40 recharge electric SUV will be assembled at the company’s Hosakote plant near Bangalore. To show a freshness in the design, the front of the car gets a white panel instead of the grill, which has been given the Volvo badge. The alloy wheels will also be seen changed. However, except for a few things, this SUV will look very similar to the Volvo XC40.

Talking about the electric features of the car, the Volvo XC40 Recharge gets a dual-motor powertrain with 150 kW electric motors on each axle, which generates 402 bhp and 660 Nm of peak torque. The electric motor is powered by a 78 kWh battery pack. It is claimed that this car offers a range of up to 418 km. This electric SUV supports 150 kW DC fast charging units. The company has said that the ‘XC40 electric SUV’ can be charged from 10 percent to 80 percent in just 33 minutes. What’s more, it can accelerate from 0-100 kmph in just 4.9 seconds.

The company has not given any hint about the price of this electric SUV, but it will compete with electric cars like Mercedes-Benz EQC, Jaguar I-Pace, BMW iX, Audi e-tron and Kia EV6, so you guessed the price. can. However, it is believed that the XC40 recharge may cost less than these luxury vehicles, which can present it as a better option in front of the people.

Some insides of the car have also been revealed. It is said to come with features like 12-inch digital instrument cluster, a touchscreen infotainment system, panoramic sunroof, two-zone climate control and wireless phone charging. We will have to wait for tomorrow’s event to know what else will happen. After that the details and price of this Volvo electric car will be revealed.