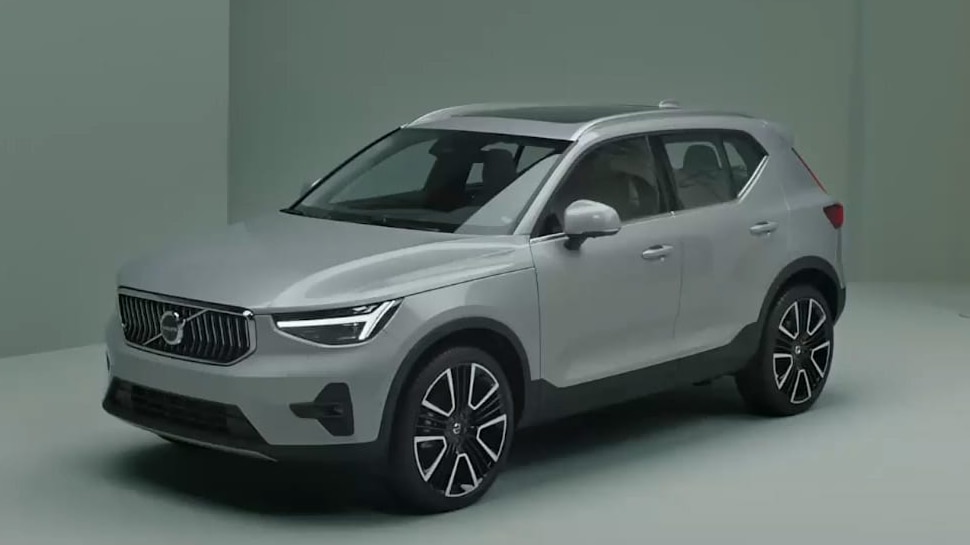 Swedish car company Volvo has recently launched the facelift version of its vehicles. In the new avatar, these vehicles have not only been made more feature loaded, but also the facility of mild-hybrid powertrain has been added to them.

Volvo XC40 Mild Hybrid Model: Swedish car company Volvo has recently launched the facelift version of its vehicles. In the new avatar, these vehicles have not only been made more feature loaded, but also the facility of mild-hybrid powertrain has been added to them. However, the most talked about Volvo XC40, which is the cheapest vehicle of this company in India. It comes in only one variant B4 Ultimate, which the company has priced at Rs 45.90 lakh (ex-showroom). However, in the festive season, the company has offered a discount of Rs 2.70 lakh for a limited time, after which it can be bought for Rs 43.20 lakh.

Talking about the exterior
, it has been given LED headlamps at the front, which also have integrated LED DRLs. The design of the DRL is similar to the hammer of Thor. The hexagonal front grille is seen in the middle. The fog lamp housing has also changed now. Its overall front face now looks like its electric version.

However, it no longer gets the dual-tone paint scheme and 18-inch alloy wheels. Instead, the vehicle has now been brought with a single tone shade and simple five-spoke silver alloy wheels. There is no change on the back side. Customers can choose the color of their choice from 5 color options.

There isn’t a big difference in the interiors of the facelifted XC40 either. It gets the same all-black theme as before. However, a new wooden trim has been added to the dashboard and door panels. Its touchscreen infotainment system also runs on the updated Android operating system, which is going to give a smartphone-like experience. That is, it will get Google Maps and other features from Google’s Play Store. It supports Apple CarPlay connectivity and 14-speaker Harman Kardon sound system. In this crossover, you also get the features of wireless smartphone charging, panoramic sunroof, and air purifier with PM 2.5 filter.

Engine and Power
The biggest change has been in the form of mild hybrid powertrain. The vehicle gets a 2.0-litre turbocharged petrol engine, which is now paired with a 48V battery as well. Not only is it going to get more power, but it has also become more fuel efficient now. This powertrain generates 197 hp and 300 Nm of peak torque. Its fuel economy is said to be 15 kmpl (ARAI). The engine is mated to an eight-speed torque converter automatic gearbox, which sends power only to the front wheels.