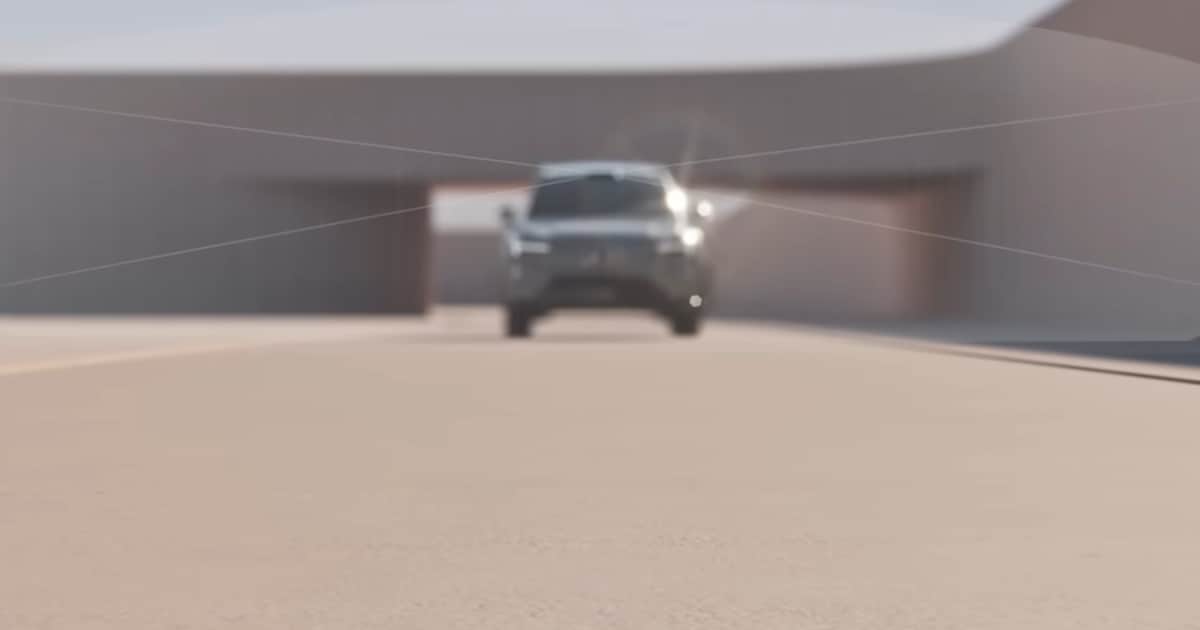 Volvo is all set to introduce its new flagship electric car EX90. The EX90 electric car will be presented to the world on 9 November. The company has started teasing the car on social media, showing its design elements. The entire design of the car is still kept behind the scenes. The Volvo EX90 EV is based on the existing XC90 SUV.

Volvo has started teasing the EX90 EV on social media and teasers have shown glimpses of the car’s design. Volvo posted a video on YouTube video posted In which detailed information about the design of the car is given. Volvo claims that the company has taken inspiration from the yacht’s design for this electric car and has tried to achieve the smoothest surface possible with a drag coefficient of 0.29.

The video shows an animated model of the car along with some blurry glimpses. The car also gets a Lidar system, which is fitted over the roof. Volvo claims that the Lidar system is the eye of the car and that it uses a pulse laser to measure range and detect movement up to 250 meters in front of the car.

Some features of the car have already been teased. The upcoming EX 90 electric car gets a panoramic sunroof, 360-degree camera, 19-speaker and Wilkins sound system. Its infotainment system will be equipped with Android Auto and Apple CarPlay. Inside the car is also expected to get PM2.5 air filter, heated front seat with massage. Apart from this, wireless phone charging will also be available in it.

Talking about the powertrain battery pack at the moment, Volvo hasn’t revealed any details at the moment, but it is believed that the car will be equipped with a 100kWh capacity battery pack, which will support Volvo’s two-way charging system. This technology is capable of powering a home or other appliance when the vehicle needs it.