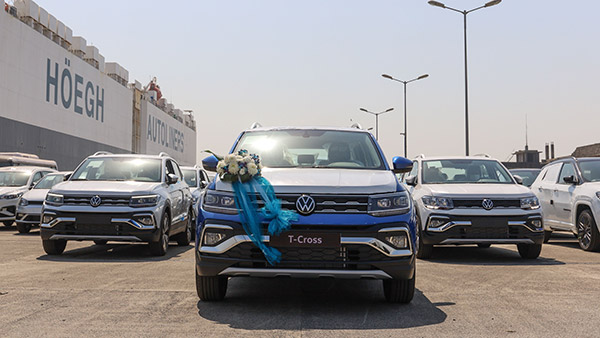 Volkswagen imported the Vento from India for the first time to be shipped to the South African market, with 6,256 units shipped. After this the company continued to export and so far it is being shipped to 61 countries, the company has shipped 545,653 units till December 2021 and Mexico is a big market for the company. However, the company is striking a balance between the domestic and export markets.

Volkswagen had closed the bookings for its T-ROC in November, the company has made it available in only one variant, it has been priced at Rs 21.35 lakh. The second batch of Volkswagen T-ROC was launched in the month of May 2021 and is now completely sold out. Earlier it was sold out within a month and a few months later the second batch was brought.

Volkswagen T-Roc was first introduced at the Auto Expo 2020 and it was brought into the market at that time itself, receiving good response from the customers. Talking about the exterior of Volkswagen T-Rock, the company has given hexagonal grille, LED headlight and LED DRLs in this car. The company has used dual tone bumpers in this car and front foglamps have also been given.

Talking about its interior, the company has given a touchscreen infotainment system with a 3-spoke steering wheel and digital instrument cluster in the Volkswagen T-Roc. Apart from this, the company has given premium leather upholstery in this car. In terms of safety, the T-Roc features 6 airbags, ABS, electronic stability control, traction control, reverse parking camera, tire pressure monitoring system. The car also gets features like panoramic sunroof, automatic climate control, keyless entry and engine start/stop button.

In the Indian market, the T-Roc has been launched in a 1.5-liter BS6 petrol engine. This engine generates 150 bhp power and 250 newton meter torque. It is mated to a 7 speed DSG dual clutch automatic gearbox. Due to the attractive design, great features and good engine of this car, the customers are very fond of it.

The company has invested Rs 7500 crore under the India 2.0 scheme and its results are now visible due to which the sales have been excellent this year. The company is aiming to achieve 5 percent market share in the Indian market by 2025 under its plan. Due to higher sales, the company’s operations are also going to be stable, due to which it is going to start the third shift after many years at the Pune plant by the next quarter of 2022.

The Volkswagen T-Cross is getting a great response in many other countries of the world, due to which the company has started shipping it to other countries. The company wants to increase its imports further through this.