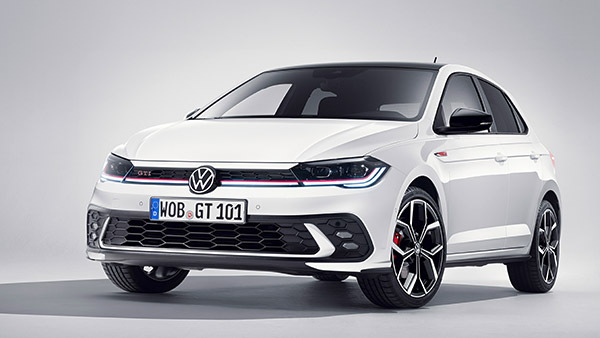 According to the latest information, the GTI variant, which produces more than 200 Bhp of power, could be offered as a full-fledged import for the Indian buyers. However, Ashish Gupta, Brand Director, Volkswagen India, has ruled out local production of the latest Volkswagen Polo.

But he has indicated that the company is evaluating the launch of a limited number of Polo GTI versions. When launched five years ago, the fifth-gen Volkswagen Polo-based GTI version was priced at Rs 25.99 lakh (ex-showroom).

Offered in a three-door body style, this hot hatchback uses a 1.8-litre TSI turbo-petrol engine. This engine provides the power of 192 bhp. The car can achieve a top speed of 233 kmph and can accelerate from 0 to 100 kmph in just 7.2 seconds.

Now since it will be brought to India as a CBU (completely built unit), its numbers will be limited. Volkswagen Polo GTI saw brisk sales in mid-2017 after a reduction of Rs 6 lakh in price following revision of tax rates with the implementation of GST.

In recent years the German automaker has seen success with other limited number, high-value imports as well. The list includes the Volkswagen T-Roc (launched at Rs 19.99 lakh and later priced at Rs 21.35 lakh) and Volkswagen Tiguan Allspace (launched at Rs 33.12 lakh) SUVs.

However, Volkswagen has continued to sell the PQ25 platform-based, fifth-generation Volkswagen Polo in India over the years. The hatchback has migrated to the company’s state-of-the-art MQB A0 architecture for the global markets, with a complete generation change in 2018.

The international-spec model received another update in 2021, keeping its design and styling in line with its larger version, the Volkswagen Golf. The latest GTI version of the hatchback is powered by a 2.0-litre TSI engine that produces 204 Bhp and can do 0-100 kmph in just 6.5 seconds.