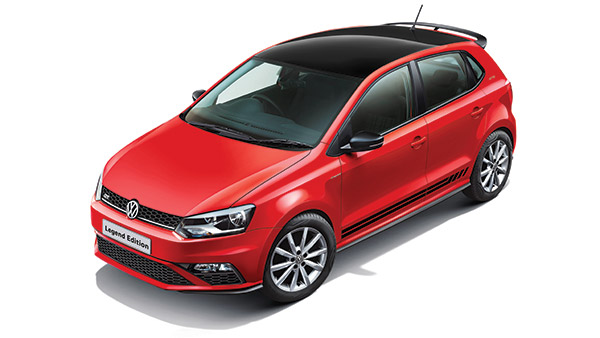 It has been 12 years since Polo was introduced in the Indian market, its production was started in 2009 and it was launched in 2010. This was the first model to be produced at the company’s Chakan plant in Pune. It is known for its stunning design, excellent safety and good performance and has now carved a niche for itself among the Indian customers.

So far 3 lakh units have been sold in the Indian market, making it one of the most affordable models from the company. The Polo is one of the few models made in India to get dual airbags as standard. It received a 4-star safety rating in the Global NCAP in 2014, and is still one of the safest cars in the country.

Volkswagen Polo Legend Edition is powered by a 1.0-litre TSI engine mated to a 6-speed automatic torque converter gearbox, producing 110 bhp of power and 175 Nm of torque. The company claims that it offers a great driving experience and TSI strikes a good balance between technology and mileage.

Talking about this particular variant, the legend badge has been given in its fender and boot badge. It comes with side body graphics, black trunk garnish, black roof foil which gives a sporty look to this car. The company has not given information about whether a new model will be brought in place of Polo or not. Volkswagen is set to make several changes to its Indian lineup in the coming months with a number of models being added.

Polo is still popular among the Indian customers and has carved a niche for itself and to capitalize on its popularity, the company may replace it with a model based on the MQB A0IN platform. If sources are to be believed, the company can bring the seventh generation Polo to the Indian market, however, keeping in mind the sub 4-meter tax rules, the company can make many major changes in it.

Volkswagen Polo has now made a special identity and in such a situation, the company may be discontinuing it but its new generation model can be brought. However, before that a special edition has been brought in its memory so that its fans can buy it.