Volkswagen may increase the prices of its cars from May 2022, know what is the reason 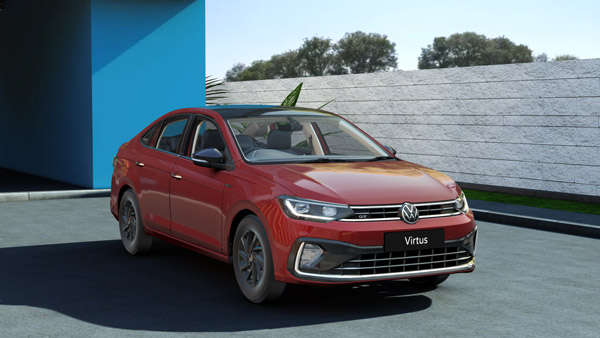 Speaking on the occasion, Ashish Gupta, Brand Director, Company said, “For the last 1.5 years we were facing chip shortage which was affecting the supply line demand. Now due to increasing demand it is difficult to balance this supply and This is going to go on for the next six months.” The price of most of the raw materials has increased by 6-8% and the price of steel has been the highest.

The Volkswagen Virtus is built on the company’s MQB A0 IN platform, with up to 95 percent localization levels and will be exported to other markets as well. It is the same platform on which the Volkswagen Taigun, Skoda Kushaq and Skoda Slavia are built. On the other hand, the second engine is a 1.5-litre turbo petrol engine, which provides 148 bhp power and 250 Newton meter torque.

This engine can be given the option of the company’s 6-speed manual gearbox or 7-speed DSG automatic gearbox. The company is not going to offer a manual engine option with the 1.5 liter engine of the Volkswagen Virtus, it can only be brought with the option of 7 speed DSG. Usually, companies offer manual gearbox as standard option with all engines so that the customers do not miss out on the option and those who are conventional drivers prefer manual.

In such a situation, it can be a problem for those who are thinking of buying a manual with its big engine, in such a situation they may not want to choose the smaller engine option 1.0 liter. The Volkswagen Virtus has a longer wheelbase of 2,651 mm and a massive boot space of 521 liters. The sedan features a 10-inch touchscreen, 8-inch fully digital instrument cluster, connected car technology, wireless smartphone charging, sunroof and cruise control.

Apart from this, it gets automatic AC, rear AC vents, ventilated front seats, automatic headlights, keyless entry, rain-sensing wipers and many other features. The sedan will get LED headlamps and an 8-speaker sound system as standard across the range. Along with this, the company released a new advertisement showing how it is manufactured.