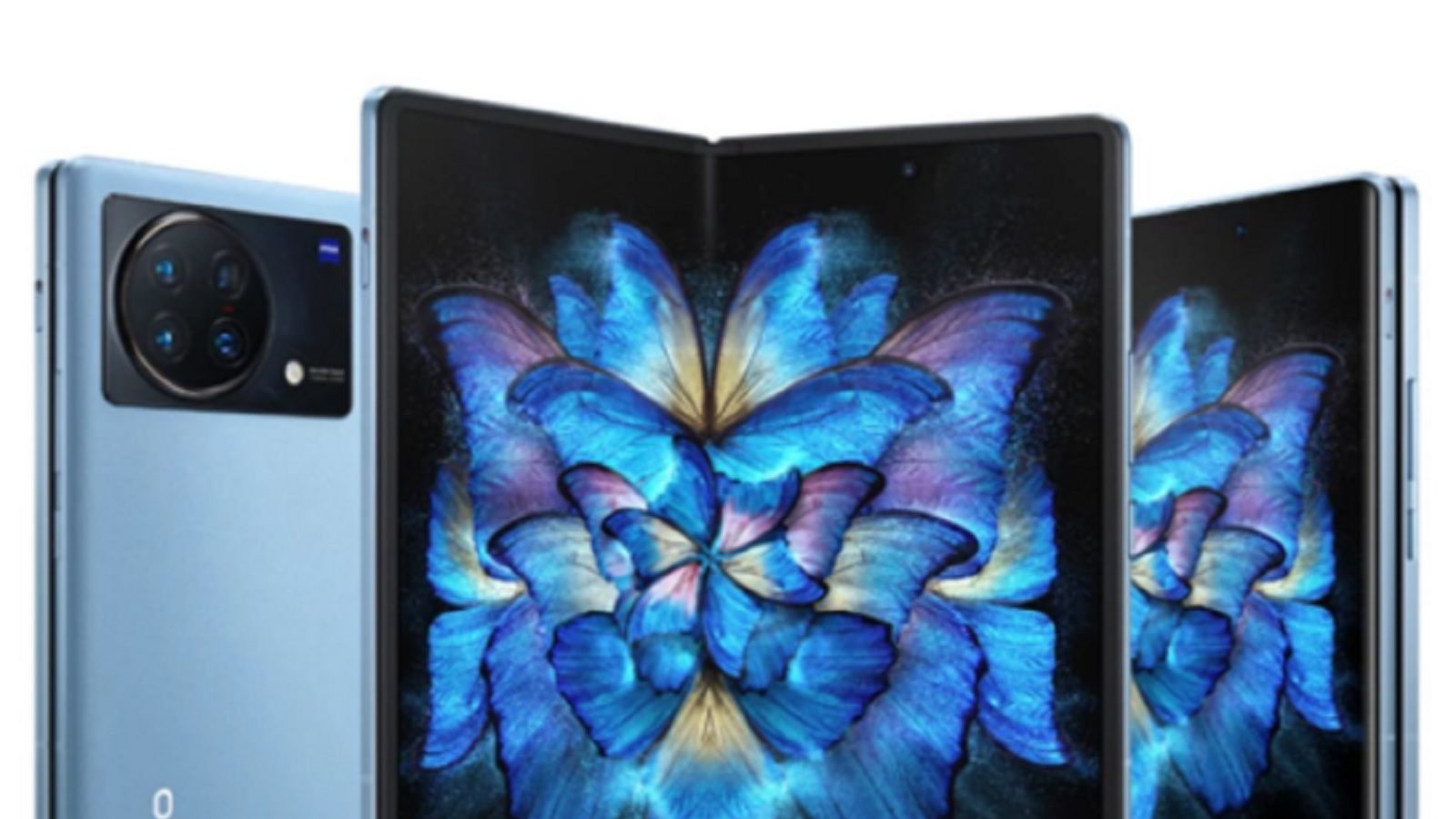 Photos and prices of the Vivo X Fold foldable smartphone have been leaked online. The photo has been shared by two different tipsters on Twitter. Vivo X Fold is the company’s first foldable offer and it will be launched on April 11. The phone is expected to come with a 6.5-inch AMOLED primary display and an 8-inch foldable AMOLED panel. It can come with quad rear camera setup and 4,600mAh battery. Meanwhile, the price of the smartphone has been leaked on Weibo. The first set of Vivo X Fold images come from MySmartPrice which collaborated with tipster Ishan Agarwal to share the images online.

According to the report, Vivo X Fold will be launched in Blue and Gray color options. As far as the specifications are concerned, MySmartPrice quoted Agarwal as saying that the outer screen of the Vivo phone will be 6.53-inch and it will have an aspect ratio of 21:9. They also say that the size of the foldable AMOLED display is 8.03-inch and its aspect ratio is 4:3.5.

They also say that the size of the foldable AMOLED display is 8.03-inch and its aspect ratio is 4:3.5. Vivo X Fold will be powered by Qualcomm Snapdragon 8 Gen 1 SoC, which can be offered with 12GB RAM along with 256GB UFS 3.1 storage.

A 4,600mAh battery can be given in the phone with support for 66W wired fast charging and 50W wireless charging.

As a camera, a circular camera module can be given in the Vivo X Fold foldable smartphone with a quad-camera system. The camera could have a 50-megapixel primary sensor with an f/1.75 lens, a 48-megapixel ultra-wide camera, a 12-megapixel portrait camera, and an 8-megapixel periscope camera with 5X optical zoom and up to 60x digital zoom .

For selfies and video calling, the phone is said to have a 16-megapixel front shooter. Both the screens are tipped to come with an in-display fingerprint scanner.

Know how much it will cost!
Quoting Weibo, Mukul Sharma has also shared information about the prices of the variants that Vivo X Fold will offer. Sharma has also shared full specifications with the photo. The base variant of the Vivo X Fold smartphone is said to start at CNY 11,999 (approximately Rs 1,43,100), and the top variant can be made available for CNY 12,999 (approximately Rs 1,55,000).