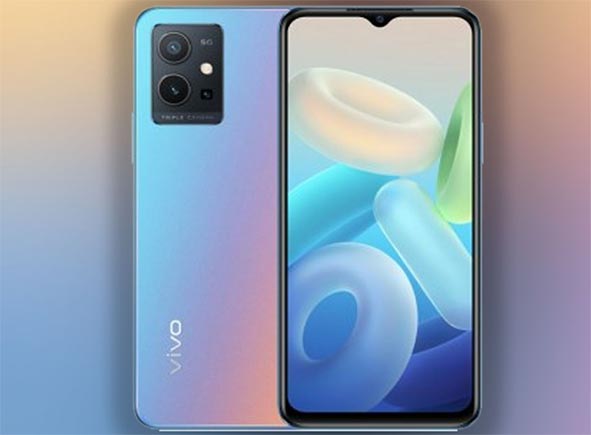 Vivo has refreshed its Wi-Fi smartphone series in India with the new Vivo Y75 5G. The phone entered the Indian market just a few days after the company launched Vivo Y21A. The new Vivo Y75 5G comes in two colors and sports a sleek body and has triple rear cameras. The company says that the new smartphone will strengthen its mid-budget portfolio under Rs 25,000. Like other Vivo smartphones, Vivo Y75 5G follows the company’s commitment to ‘Make in India’ campaign and is manufactured in Greater Noida, Uttar Pradesh.

Vivo Y75 5G comes with a 6.58-inch full-HD + IPS LCD screen with 2408×1080 pixel resolution. The smartphone is powered by octa-core MediaTek Dimensity 700 SoC coupled with 8GB RAM and 128GB storage. The memory space can be expanded up to 1TB using the microSD card slot.

Vivo Y75 5G comes with a side fingerprint sensor and runs on Android 12-based Funtouch OS 12. The smartphone packs a 5000 mAh battery and supports 18W Type-C charging.

Its thickness is 8.25 mm and it weighs 188 grams. The body is made of plastic and we get a 6.58-inch full-HD+ IPS screen with 2408×1080 pixel resolution. The smartphone runs on Android 12-based Funtouch OS 12.0 and has 8GB of RAM. Vivo Y75 also supports 5G Extended RAM technology which uses passive storage to increase RAM capacity for better productivity. Under the hood, it gets the MediaTek Dimensity 700 chipset that powers several budget smartphones such as the Realme 8 5G, Poco M3 Pro 5G, Oppo A53s 5G and the Realme Narzo 30 5G. The chipset comes with 128 GB storage which can be expanded via microSD card.

On the front, Vivo Y75 comes with a 16MP selfie camera with f/2.0 aperture lens. The camera is powered by Vivo’s Extreme Night AI-based algorithm. The smartphone comes with front and rear cameras at the same time.

Vivo Y75 5G has been launched at a price of Rs 21,990. Customers can buy the smartphone from the Vivo India e-store, online websites and all retail stores starting January 27.