Vivo Y02 with 5000mAh battery, 3GB RAM, Helio P22 SoC renders leaked! Will be launched on this date of November! 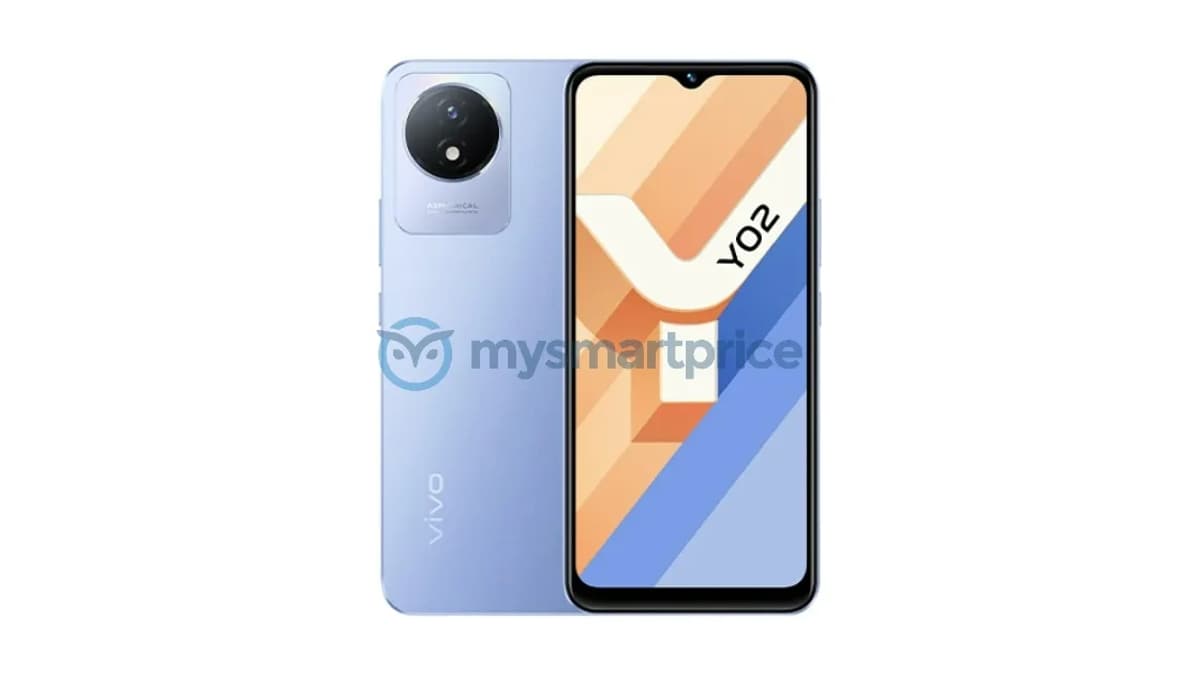 The upcoming smartphone Vivo Y02 from Vivo can be launched soon. Leaks are continuously coming out about it. Now in the latest update, it has been revealed that the design of the phone can be seen similar to the Vivo Y01 that came before it. Waterdrop notch design can be seen in the phone. Regarding the design, it has also been said that the edges of the screen will be very thin but the chin can be seen a bit thick. Along with this, its launch date has also been disclosed.

Vivo Y02 The release date has been revealed. Although this is not the official date announced by the company. But a tipster has said about its launch date that the phone can be launched globally on November 28. Along with this, the tipster has also revealed the design elements of the phone with a photo. Tipster Paras Guglani in association with MySmartPrice has told That the Waterdrop Notch design will be seen in Vivo Y02. In this, the rear camera module can be given in a rectangular design. But the cutout will be circular. The phone will have a single rear camera, with which LED flash is also likely to be given.

Talking about the build features of the phone, the tipster has said that the phone is likely to come with a plastic back panel. Volume rocker and power button can be seen on the right side. 3 GB RAM and 5000 mAh battery can be seen in the phone. The bezels on the sides of the screen are going to be very thin which will help in giving the phone a modern look. But the chin has been said to be thick.

Vivo came earlier with Y02 Groove It was said that this phone can come with 6.51 inch display. HD Plus resolution can be seen in this. Furthermore, it will be equipped with the MediaTek Helio P22 SoC. An 8-megapixel single rear camera and a 5-megapixel selfie camera can be seen in the phone. The price of the phone is said to be around Rs 8,499.