Vivo X Fold + smartphone coming to get rid of Samsung’s sweat, these amazing features will be available with great design 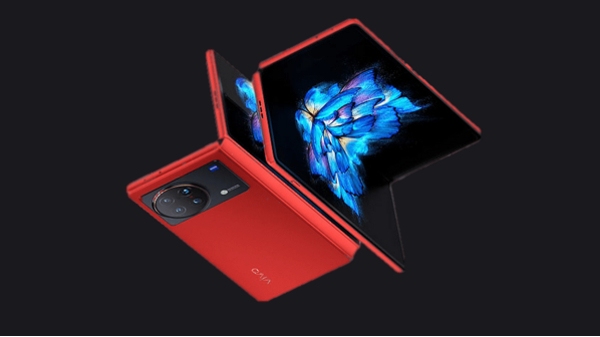 The Fold+ was previously spotted on multiple certifications including TENAA, Google Play Supported Devices List, 3C, and others. A few days back, Vivo officially confirmed the launch of the device in China and now the colors of the upcoming foldable smartphone have been leaked on Weibo.

Based on previous reports, the upcoming Vivo X Fold+ will feature an 8.03-inch foldable display and a 6.53-inch FHD+ AMOLED cover display. Both the screens will support up to 120Hz refresh rate. The smartphone is likely to feature Qualcomm’s Snapdragon 8+ Gen 1 processor. The device is expected to feature a quad-camera setup with a 50MP primary camera, 48MP ultrawide camera, 12MP portrait camera sensor, and an 8MP periscope camera. The hole-punch cutout will house either 16MP or 32MP front camera sensors.

If the report is to be believed, then the phone will have a big battery of 4600 mAh. Vivo’s foldable phone is rumored to launch with 80W fast charging support out of the box. It is also being said that it supports 50W wireless charging. It will run Android 12 out-of-the-box and is likely to feature Funtouch OS 12/Origin OS Ocean depending on the market.

Ahead of the official launch of the device, some pictures of the Fold+ have been leaked on Weibo and tipster Mukul Sharma posted it on Twitter this morning. The red color option will be called Huaxia Red color variant. The phone comes with red color work on the back and it seems that the device will have leather material. Apart from Red, the device will also come in Blue color option.