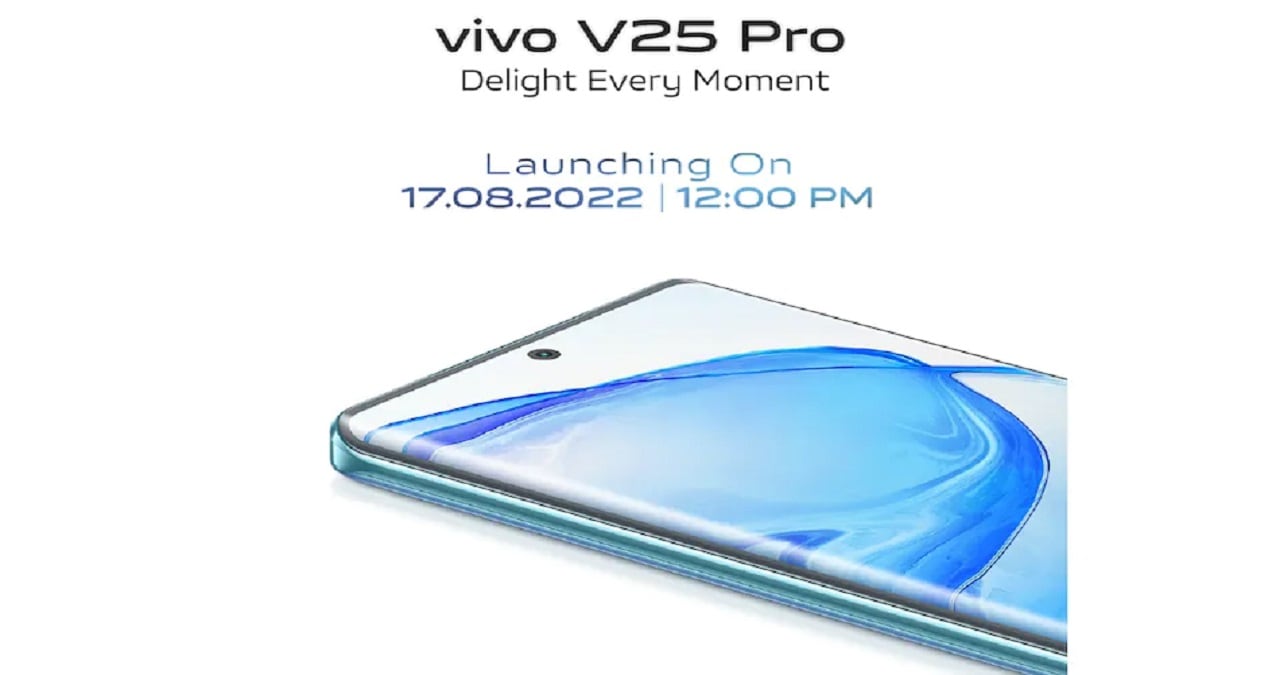 The Vivo V25 Pro launch date in India has been set as August 17, the company has confirmed. The smartphone will come with a color-changing back panel and is part of the Vivo V25 series. This series will include Vivo V25 as well as Vivo V25e smartphones. It has been reported that a photo of Vivo V25 has been leaked, which suggests that this smartphone may come in Gold color option. The smartphone can also be seen with a triple rear camera setup and LED flash.

Vivo has announced that Vivo V25 Pro will enter India on August 17 at 12 noon. The company has already confirmed that the phone will have a color changing back panel and 3D curved screen. The phone will get a display with 120Hz refresh rate. Talking about the processor, it will get MediaTek Dimensity 1300 SoC. 64 megapixel main camera sensor will be available in this smartphone. It will be equipped with a 4,830mAh battery with 66W Flash Charge support.

A previous report suggested that the smartphone could come with 8GB of RAM, a full-HD+ display with a waterdrop style notch. For the operating system, this smartphone can work on Funtouch OS 12 based on Android 12. However, now it has been confirmed through Flipkart listing that the phone will get a punch hole with a central cut out for the front camera. It will have a curved display and will be available on Flipkart when it is launched in India.

This information has come after photos of Vivo V25 have been leaked online, which reveals the gold color option and triple rear camera setup of the smartphone. As far as the camera is concerned, the phone can have a 50-megapixel main camera.

A report by UMA Technology with tipster Paras Guglani (@passionategeekz) suggests that the Vivo V25 will get a flat frame design unlike the Pro model. It will have a large camera platform, with two large cameras and one small camera. The camera module also has an LED flash. 6.62 inch AMOLED display can be found in this phone. Talking about the processor, a Qualcomm Snapdragon 778G SoC or MediaTek Dimensity 1200 SoC can be given in it. As a battery backup, it could be equipped with a 4,500mAh battery with either 44W or 66W fast charging.