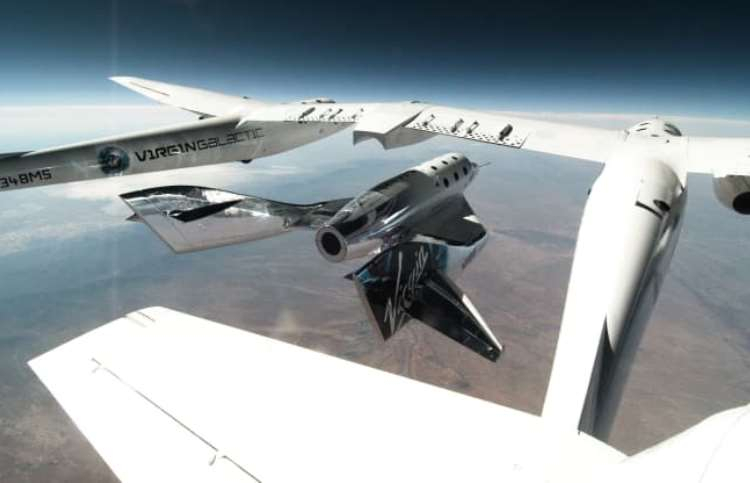 Private aerospace company Virgin Galactic intends to launch commercial suborbital tourist flights this year, in which the company’s customers will be delivered into outer space for a short period of time. Despite the fact that now the company does not conduct flights, it has reopened the possibility of booking tickets to participate in an exciting journey for $450,000.

Recall that Virgin Galactic uses an air launch strategy for suborbital flights. First, the carrier aircraft VMS Eve rises to a height of 15 km. After that, the VSS Unity ship with six passengers and two pilots on board separates from it. After separation, the ship, due to its own engine, reaches a height of about 80 km (the boundary of space according to US standards), and then returns to the atmosphere and lands at the company’s site in New Mexico.

To date, VSS Unity has been on four space missions. As part of the latest of them, in July last year, along with other crew members, the founder of the Virgin Group, Richard Branson, went into space. Shortly after this flight, the company brought the carrier aircraft and the ship itself for maintenance and modernization. The company said that this is necessary to increase the durability and reliability of VMS Eve and VSS Unity, due to which orbital flights can be carried out more often.

During a meeting with investors this week, Virgin Galactic CEO Michael Colglazier said the upgrades are progressing on schedule and should begin commercial operations by the end of the year. He also noted that testing of the new VSS Imagine spaceplane should begin this year. If all goes according to plan, the first space customers will travel on it next year. Once the Imagine is fully operational, it will be able to fly about once every two weeks. At the same time, VSS Unity will not be able to fly more than once a month even after the upgrade. The company is also developing a new Delta-class spacecraft that can take off once a week. A Delta-class ship will be able to send tourists into space no earlier than 2026.